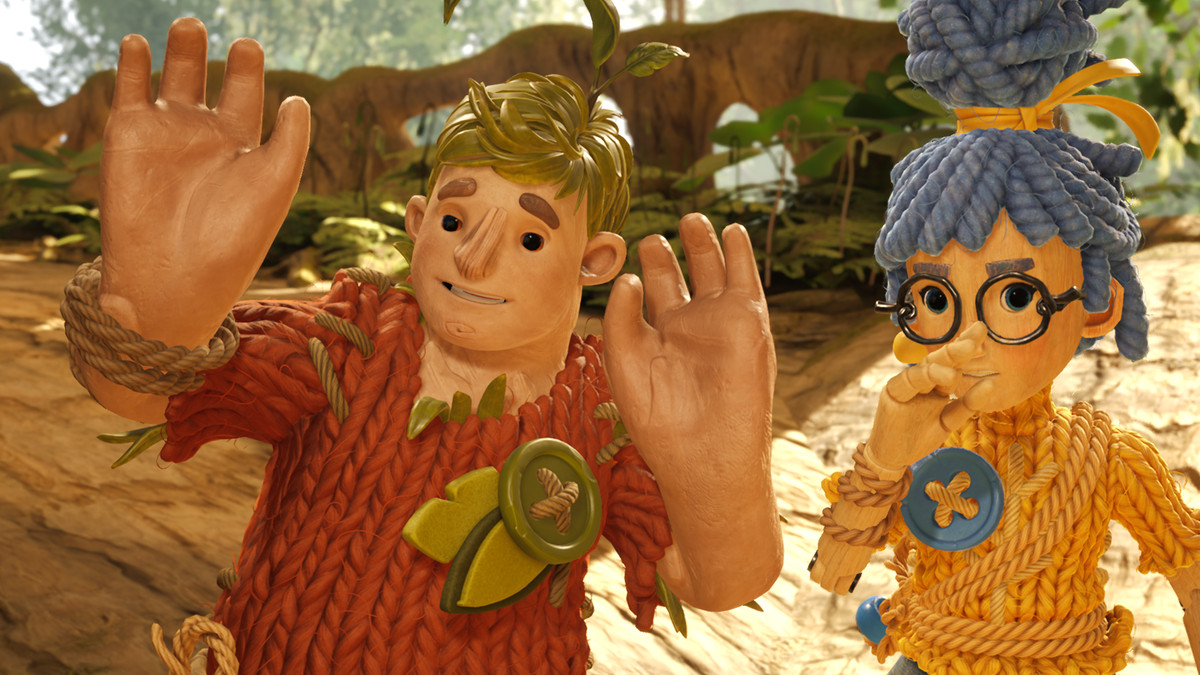 “It Takes Two” is a video game recently released by Hazelight Studios. It’s a puzzle-platformer with a high emphasis on cooperation, with an original story and very unique gameplay. Compared to other titles released by the controversially penny-pinching publisher EA Studios, is this game a widely-seen masterpiece? Or just a misunderstood flop?

The gameplay, at its core, shows the passion that lies deep in this game. Every level is special, with new mechanics and ideas dripping from every ounce this game has to offer. And it’s never, ever boring; I played this with a few of my friends, swapping controllers around at a get-together. At first, we were just joking around and absentmindedly playing, as you do with friends. Who pays attention to what they’re doing around their bros, right? But, by the end of the night, we were all glued to the screen, completely invested in the incredible, sharp, perfect gameplay and its oozing creativity. And when you have a huge group of teenage boys all invested in something? That’s when you take a step back and realize you have something special. I realize this is entirely anecdotal, but it serves to show how fantastic “It Takes Two” really is. One minute, you have a gun that launches tree sap, which you can use in way more ways than you can think. Next, you’re shooting each other through pipes to move to different areas. And then you’re riding beetles through a wasp hive, or gliding through the bark of a tree, with war-hungry squirrels, or using the grandfather clock you’re inside to reverse and move forward in time. Everything is done masterfully and never feels old or unused.

The story is nothing short of a masterpiece, as well. Wikipedia sums it up best: “Cody and May, a married couple, are planning on divorce after Cody argues with May about her working all the time and May arguing back that Cody never shows even a little appreciation for her job. After telling their daughter Rose that they are breaking up, Rose takes her hand-made dolls, which look like her parents, into the family shed, and tries to repair their relationship by play-acting. The parents find themselves trapped inside the dolls’ bodies in consequence of a tear landing on the dolls. Dr. Hakim, a relationship-therapy book, tells May and Cody that he has been given the job of trying to fix their relationship as they try to reach Rose.” It’s such a beautiful, touching, and simple story that anyone could relate to or enjoy. It was incredibly moving, especially near the end. Cody and May are excellent examples of protagonists that start off unlikable, but grow to become much stronger, healthier characters. I won’t spoil anything (although I doubt anyone reading this will play the game or have any interest), but it’s, simply put, so well executed and will undoubtedly have you tearing up by the end.

I’m generally not a positive reviewer; I love to analyze, find problems, and dive deep into the issues a piece of media has. But this game, shockingly, is one of a very rare few that I legitimately find little flaw within. The platforming is perfect and precise, the creativity I could gush about for hours, the story is gorgeous, and the visuals are stunning. Almost everything this game does is flawless. Without a doubt, “It Takes Two” is a masterpiece of a game, and not even “just” a game; it’s a work of art.