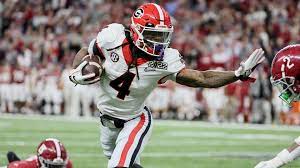 These are three of the top fantasy football sleepers for the 2022-2023 season.

In most fantasy football drafts you won’t get lucky and have Derrick Henry fall to the fourth round. But there are hidden gems that you can pick up in these later rounds. Last season, most people would have never thought to pick Cooper Kupp in the first round but, by the end of the season, he was the best player in fantasy football. Players picked in these later rounds may not have the big names, but they have big talent. These players are called sleepers and these are three of the top sleepers for the 2022-2023 fantasy season.

These are just a few options but there are a lot of young players ready for a breakout fantasy year in 2022-2023. You can snag these players later in your drafts and by the end of the season they will look like top round picks and you will look like a genius.