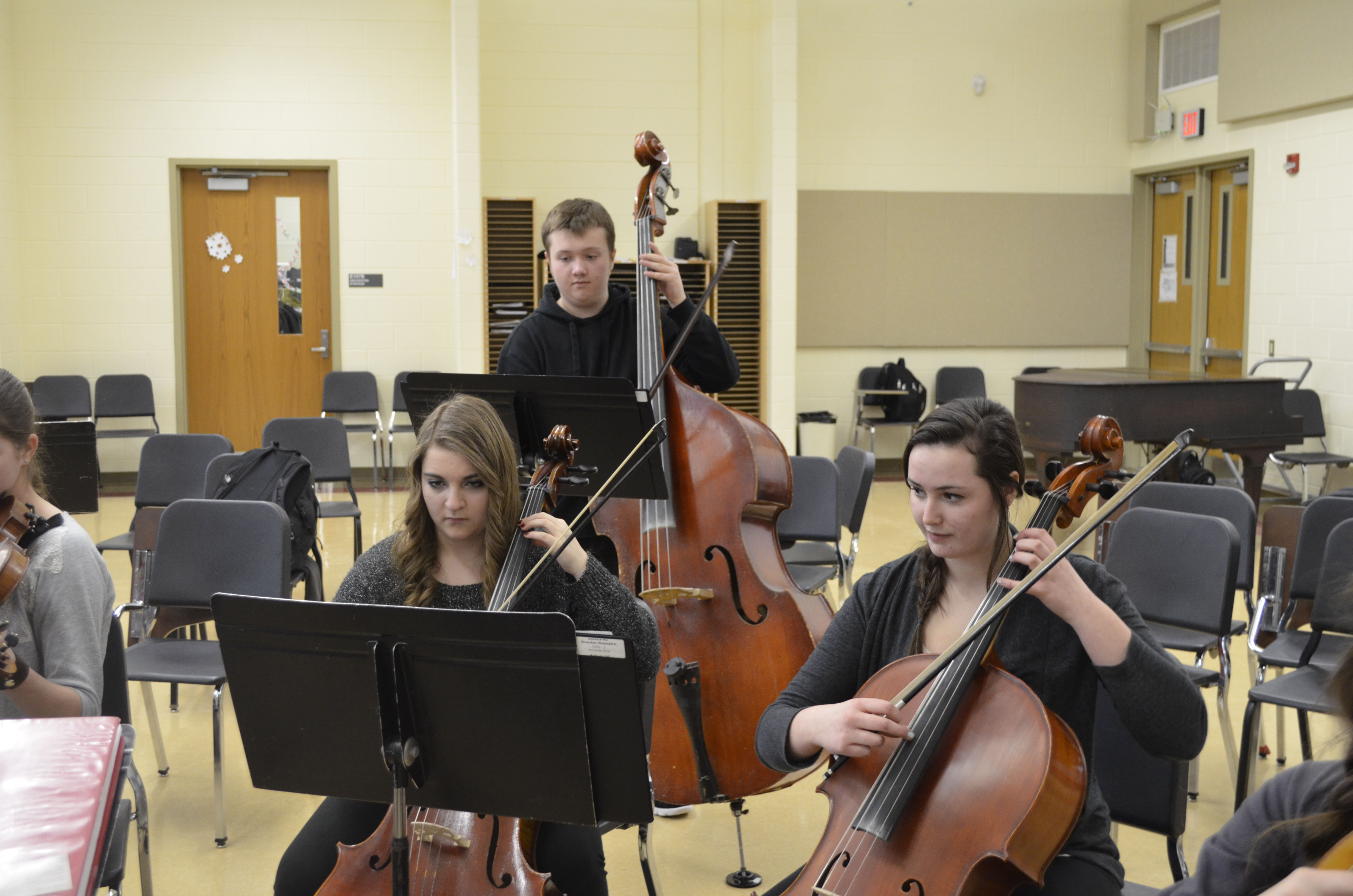 “And the Grammy goes to, Batavia High School!” Wow! Wouldn’t that be another great reason to be proud of your music department? Batavia High School is one of the 2014 Grammy Signature School Semi–Finalists in the Grammys in the Schools competition. The Grammy Foundation’s Grammy Signature Schools program recognizes high schools across the country that are providing extraordinary music programs for their students. Only nine other schools in Illinois received this honor.

This is a big accomplishment in Batavia music history, for the school to be a semi-finalist in this competition. Also, for it being their first year participating, it is even more of an honor.

“This is an annual competition,” said choir director, Christina Virgilio. “The Grammy’s are well-known and this seemed like a great competition, so we were confident enough in our students to participate.”

Batavia High School announced the good news at the end of their annual Kaleidoscope Christmas concert.

“I thought it was a great way to end an exciting concert,” said Virgilio. “Not only was it just a choir concert, but band and orchestra as well, so it was good to announce the news where everyone would hear it.”

Some Batavia High School music students were also very honored to receive this recognition. Cecily Lemon, a four-year music participant, is happy that her music department received this honor during her senior year.

“I think our music department has really grown in the past four years, so being a senior, it is good to see that all of our hard work has finally paid off,” said Lemon.

Adam Burns, a four-year Batavia music student, is also very excited that his school is a Grammy Signature School.

“It is a huge honor,” said Burns. “I honestly thought it was a scam at first.”

Another four-year Batavia music student, Kelsey Skomer, shares what music means to her.

“Music is an outlet for my emotions,” said Skomer. “On days when I’m upset, I’ll just sit down at the piano and play.”

Though some of these musicians are humble, recognition could not be more satisfying.

“It is always nice to be recognized, and it is also great that they are reaching out to schools, not just the pop stars, said Virgilio. It is all about the process, every famous singer starts out in their high school music department.”

Congratulations to the Batavia Music students, parents, and supporters for receiving this great honor!