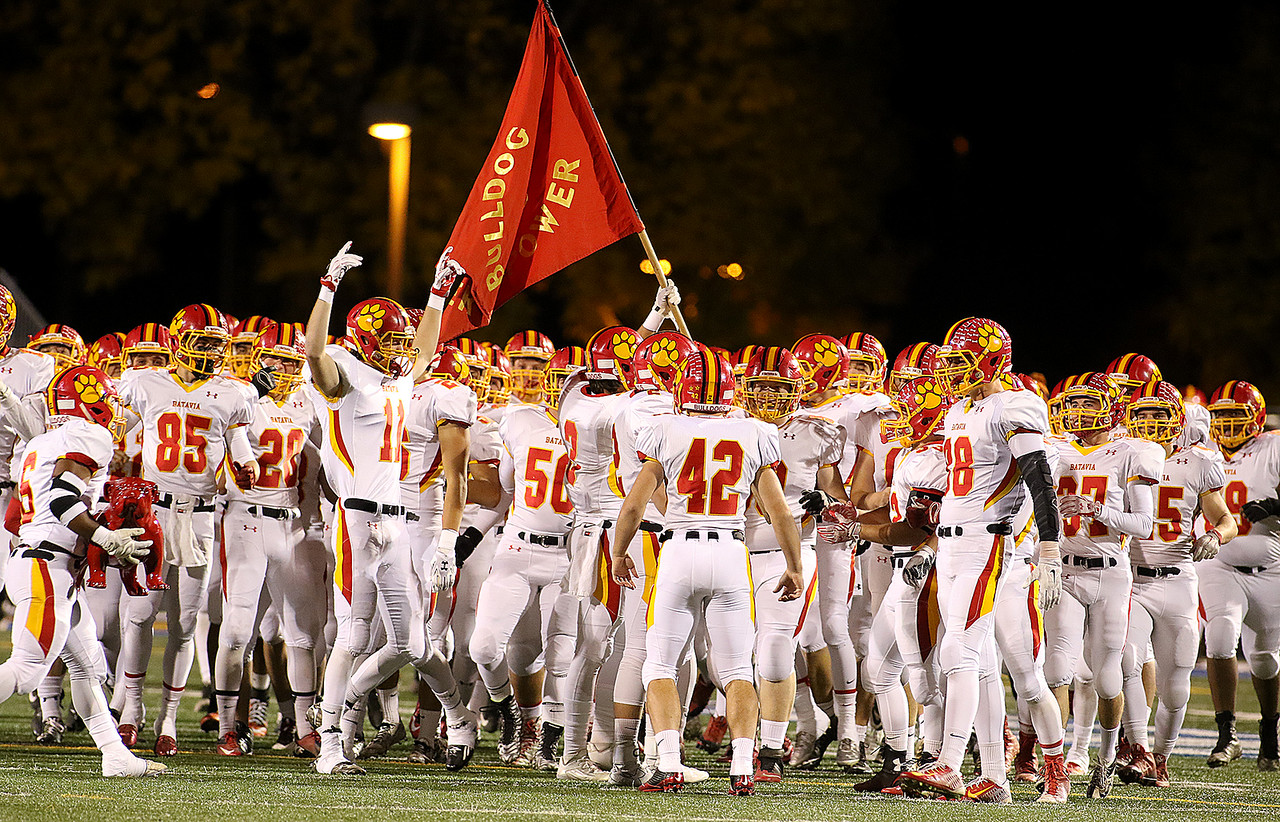 51-7. 56-7. After 2 straight weeks with blowout victories over Streamwood and Pekin, the Batavia Bulldogs (9-1) will travel to Chicago’s Gately Stadium to face a tougher Simeon squad (8-2) at 7 pm on Fri., Nov. 6 in a second round IHSA playoff matchup. Now facing one of their biggest challenges this season, the Bulldogs have had a change of tempo in practice, but the focused mindset they have had all year remains the same.

“In practice, we have been working on our trapping game, and experimenting with certain formations,” said Batavia defensive end Tyler Luppino. “However our coaches have done a great job keeping us focused and in the right mindset.”

Despite Friday’s game with Simeon being at Gately Stadium in Chicago, Batavia still expects a large crowd.

“We expect a big crowd.” said Luppino. “Our community is behind us every game, and being a playoff game it will be no different.”

Simeon will definitely have the home field advantage, as their travel time to the game will be much shorter than the Bulldogs. Batavia will travel more than 50 miles more than Simeon to Gately Stadium in Chicago.

“We aren’t worried about that (traveling) right now,” said Luppino. “We are just focused on playing our game and doing what we have done in practice.”