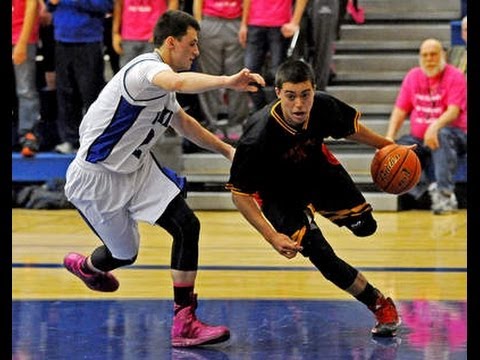 Last year, the team finished with a 15-14 record. This was the best finish in Coach Nazos’ first three years at Batavia. The team was eliminated in the first round of the IHSA 4A state playoffs by Dekalb, losing 75-57.

Batavia has nine returning seniors coming back this season and are going to be very deep coming off of the bench.Three of the key seniors coming back will be Canaan Coffey, who played a major role for the team the last two seasons; Kamontez Thomas, who was a starter last season and is coming off a very good summer; and Johnny Fitch, who played a big role coming off the bench last season, is now going to be the team’s main inside threat.

The top newcomers for Batavia will be Colin Cheaney and Nick Valente. Both of these players had great summers and will have to play major roles for this team given Batavia’s lack of size this season.

This year the Upstate Eight (UEC) River Conference seems to be one of the most competitive conferences in the state yet again. Geneva will look to follow up a great season after making it all the way to the State semifinals last season and will return several key players such as Loudon Vollbrecht. Elgin-Larkin, St.Charles East, and St. Charles North also look to compete in the conference this year as they return several stars from last year.

The top players in the UEC this season will be Christian Negron (Larkin), Loudon Vollbrecht (Geneva), and Mikey Schroeder (St. Charles North). All of these players had big seasons for their teams last year and will become the stars of their teams this year. Last season Batavia finished with a 15-15 record and lost in the regional semifinals to South Elgin. It was a disappointing season after winning conference and a regional championship the year before, but Batavia will look to bounce back and have a successful season this year.

Batavia is bringing back all of its main contributors from last season including Hannah Frazier who led the team in points (22 ppg), rebounds (9 rpg), and blocks (1.5 bpg), and Bethany Orman who was a key defensive player and distributor last season as she led the team in assists (3.3 apg) and steals (2.1 spg). The Bulldogs will also hope to get production from senior Shea Bayram and junior Kenzie Foster, who both played major roles for the team last year.

Batavia and Coach Kevin Jensen are optimistic about this season and hope to climb back atop the conference ranks and state contention. “We have a strong group of returning players,” he said. “Our senior leaders like Shea Bayram, Bethany Orman, and Hannah Frazier are set to have great years.  I believe we have a chance to put ourselves in contention for a conference title and advancement in the state tournament.” Jensen said.

Last season Geneva (12-3), St. Charles East (13-2), and St. Charles North (10-6) had very good seasons in the Upstate Eight Conference. Geneva and St. Charles East were both able to win regional championships last year and this season they hope to do the same. The Conference is looking to be very competitive yet again this season with the conference title completely up for grabs.
Interesting Storyline: When Coach Jensen was asked what his favorite part about this years team, he had this to say, “We compete!  Our girls are the most competitive group I have been around.  It doesn’t matter how the teams get divided at practice, everyone plays as if they expect to win.  We are intense and it’s been a lot of fun to coach so far.  We are all very excited to see how the season progresses.”