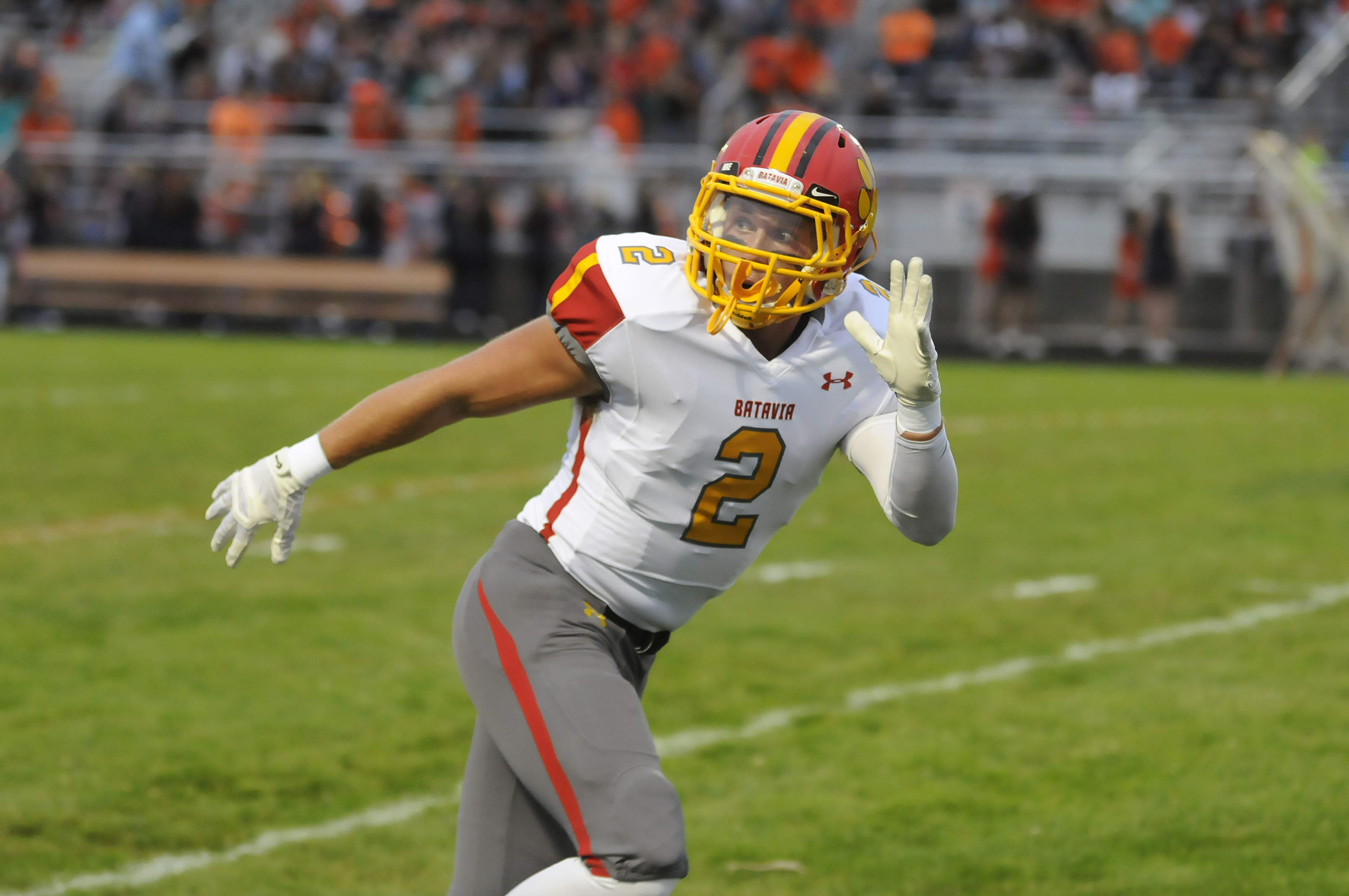 A football team is usually defined by its leaders. One leader for the Bulldogs is middle-linebacker Colin Thurston. Thurston seems to always bring up the intensity for the defense to a whole new level every game. In the first round of the playoffs, Thurston made every tackle in the first drive against the Dragons and set the tone in a 56-7 first-round win. Throughout the season Thurston knew there was something about this group and expects them to keep advancing in the playoffs. “State is definitely obtainable,” he said.

So far this season Thurston is leading the team in tackles, Having 88 overall tackles and four sacks, he sets the tone for the defense. Since he was starting middle-linebacker this year and last year fans can tell he knows the game and is passionate about it. But not only is Thurston passionate, but the entire team is and has really brought the team together.

Thurston took some time and answered some questions with the Spectator.

Q: As a whole, how do you think the season has gone so far?

A: “I think the season has gone great this year. Beating Geneva and winning conference were big goals. Going 8-1 in the regular season and getting the first 7A (playoff) win in Batavia history was great but not the overall goal. Hopefully we keep things going and achieve more of our goals.”

Q: Will our defense be able to match-up against Cary-Grove’s explosive offense?

Q: What’s been the biggest factor for the defense this year?

A: “We aren’t extremely big so playing at a fast pace and being very physical is something we have to excel in to do well. I believe we have achieved those two things, especially recently.”

Q: Do you think that we will have a good game against Cary-Grove?

A: “I think with how our team has been playing recently, we are definitely all going in the right direction and believe we can keep that up this week against Cary-Grove.”

Q: What do you think our shots are at state?

A: “State is a goal most teams wish of at the beginning of every off-season and work for achieving that goal. As the playoffs continue, that goal is becoming more in reach. However, we can’t worry about any other team than the one we are currently playing. Being this far in the playoffs, we’re  only going to be playing some of the best teams so we can’t overlook anyone and just think about state. But I think it is definitely obtainable and we do have the right to still wish for those things!”