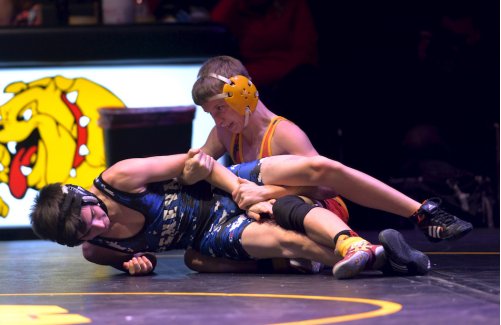 Top newcomers: “I am excited about our freshman class.  We have some guys who’ve had success in the kids club and in middle school and some new talent, ” Bayer said.

Outlook for this season: “We will compete for another conference championship this season. I’m pretty excited that we get to host them again at our place.  Last year we were able to attract 850 fans to the BFAC stage and I think everyone had a blast,” Bayer said.  On Thurs, Dec 17, the Bulldogs will be doing something special in the main gym.  “I think we’re going to get a great turnout again.”

Top players in your league/area/state: “The team to beat again this season is St. Charles East,” Bayer said. “They were the team to beat last season as well.  I’m sure they feel that they should have been conference champs last season.  They’re a very good program.  They have a good coaching staff.  They’ll be fierce competitors again, but we’ll be ready.”