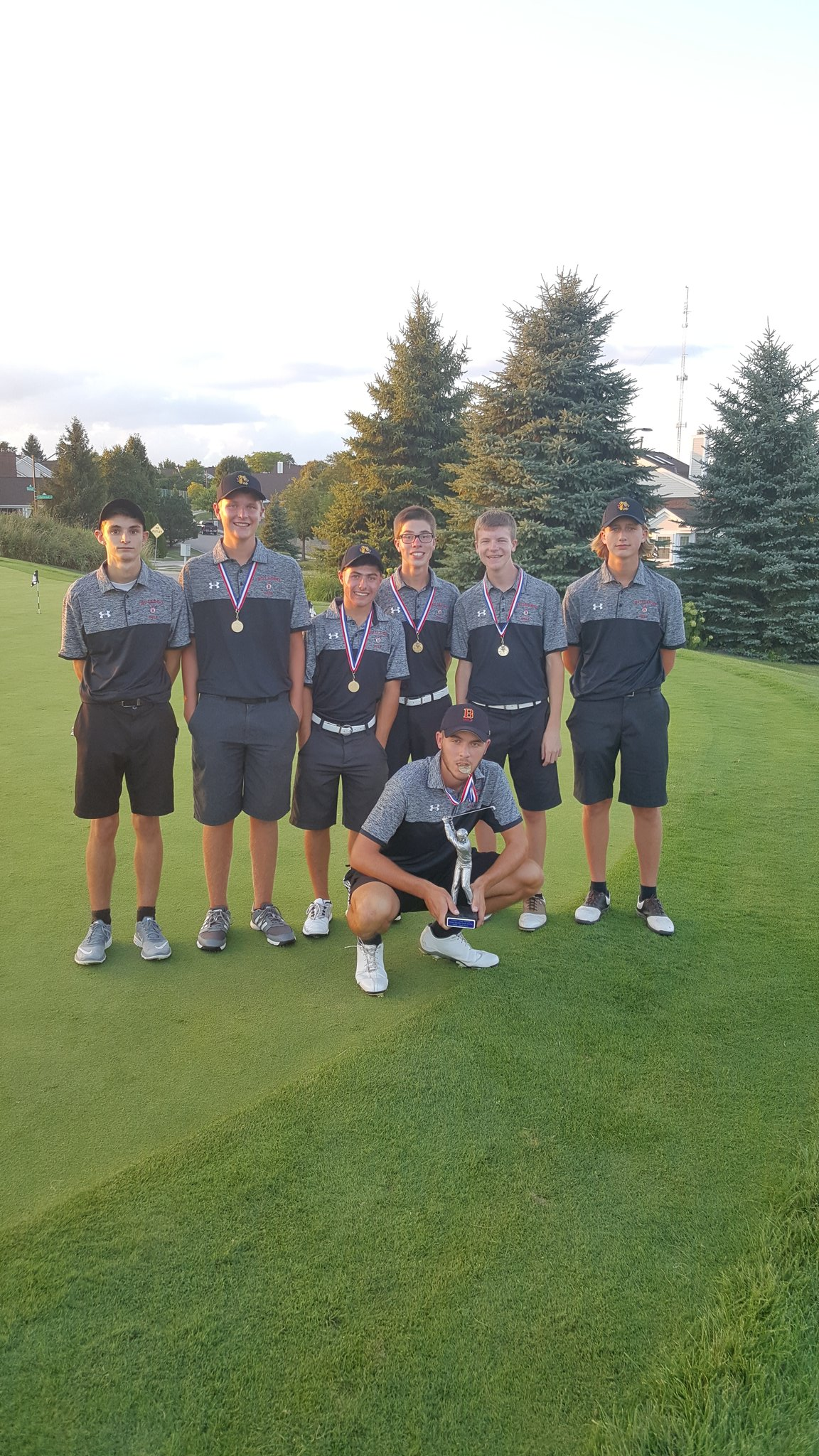 Last season: Last season the team was very consistent but just didn’t make the cut for a conference championship. Despite the outcome of last year Coach Debruycker is excited for the rest of the new season.

First Half of the Season: So far in the first half of the season, the team is 2-3 in their first few matches. They have played a few tournaments and scored second place out of 20 teams at the Larkin Invite. Also, the team took a third place at the South Elgin Invitational which was out of 18 teams.

Outlook For The Season: The boys have had a good first half of the season and they are hoping to make the second half even better. A big tournament is coming up this Monday in which Coach Debruycker is looking forward to. He tells us “ We’re going to try and defend our championship at the West Chicago tournament which will be taking place at St. Andrews. We won last year and are going to try and do that again.”

Top Returnees: There are a lot of strong players returning from last year’s team. Robert Carr, Cam Marbach, Rocco Carbonara, Lucas LaRocco, Sam Glore, and Drew Holl all will play a big role in the team’s success. Last season all these players took first place at the West Chicago Invite and placed third in the Upstate Eight Conference Tournament.

Top Newcomers: A strong new player on the Batavia Boys Golf Team this season will be Justin Shutt. Last season he was a top player on the Freshman/Sophomore team and led the team in many invites last year. One of Shutt’s personal best last year was shooting a 74 at the STCN Invite.

Top Teams In the Area/League: Geneva is one of Batavia’s biggest competition this year along with Saint Charles East and North. Geneva has had a few first place finishes at multiple invites this season. These are teams Batavia will be sure to look out for in upcoming tournaments.