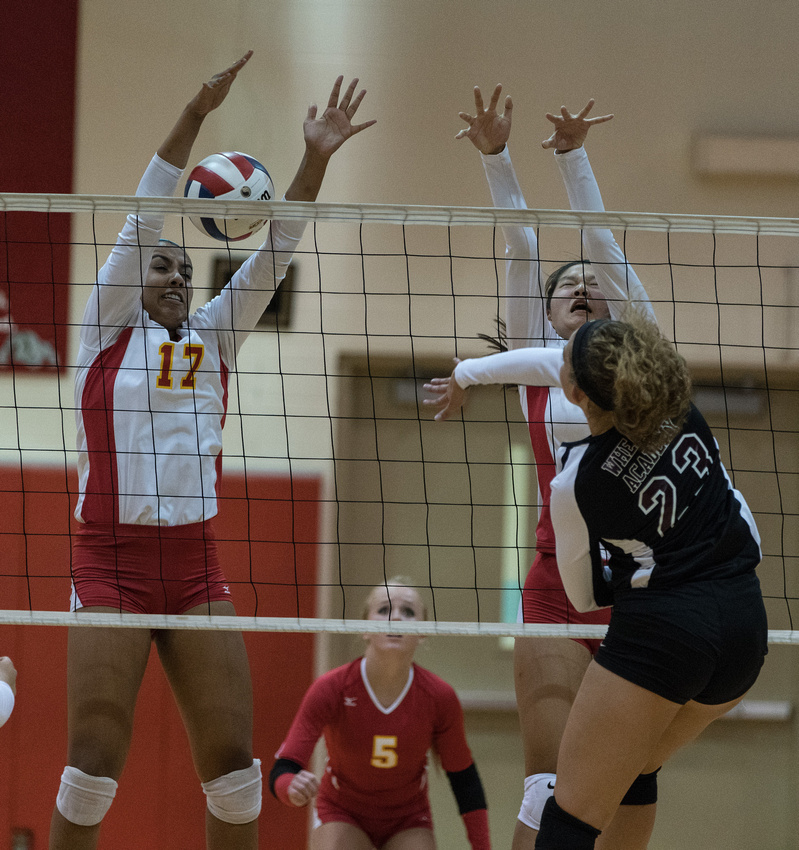 Aasha Dave might seem like an average student-athlete, but she is not. She has awards and accomplishments from both her academic and athletic career.

Dave was just recently nominated for the Kane County Athlete of the Month.

“She’s a hard worker and she’s a leader on the court at all time, plus she has an excellent goal to win as much as she is able to,” said Annie Jordan, a close friend and teammate. Jordan sees that her hard work and leadership skills help the team to be more successful throughout the season.

Not only has Dave had the opportunity to be athlete of the month, but she has received other awards, including the 2016 JVA AthLeaders award, which is given to the top 20 athletic leaders in the nation with outstanding academic achievement and leadership. She earned an Upstate Eight Academic All-Conference and High Honor Roll last year. Dave has a 4.4 GPA and ranks first out of more than 500 in her graduating class. She has already committed to play volleyball at the University of Chicago and major in mathematics.

While managing all of these accomplishment, she still finds time to be a part of clubs at her school and volunteer in her community. Dave is a member of Batavia’s National Honor Society, Spanish National Honors Society, Philharmonic Orchestra, and Principal Leadership team.

To have the success that Dave has, she makes and follows some rules for success. Her biggest rule is to always “drive for success.” This helps push her to always do her best and be a better student athlete on and off the court.

Along with her motto, she has some other tips she always uses.

“I always put in the work even if I know I’m not the best and I focus on the intangibles,” Dave said.

She likes to focus on the details that make her a better player. She said that the ten most important skill for her are punctuality, work ethic, effort, body language, energy, attitude, passion, being coachable, doing extra, and being prepared.

Even her family can see her exemplary work on and off the court. Priya Dave, Dave’s younger sister, knows Dave’s hard work from her hours spent on the court, in the classroom, or in her community helping out.

“She stands out because she has good academics as well as volleyball skill,” Priya said. “She is also nice and involved in a lot of other things which not most athletes do.”