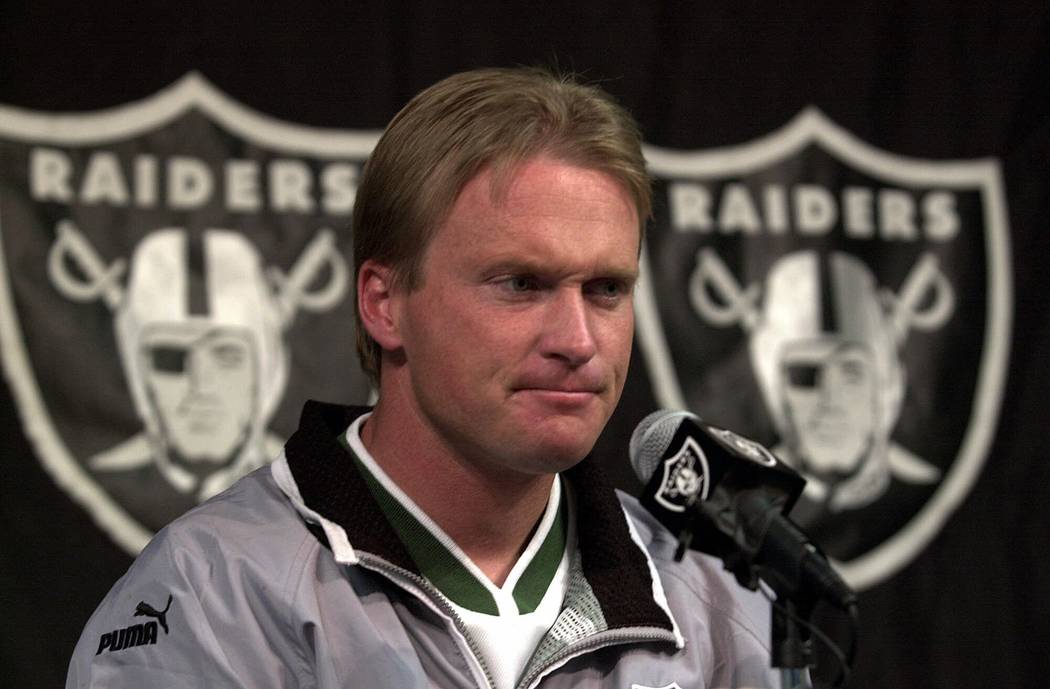 It didn’t come as a shock to anyone. Just hours after he had finished broadcasting the weekend’s first wild-card game between the Tennessee Titans and the Kansas City Chiefs, the former Buccaneers and Raiders coach announced his return to coaching. Joining the Raiders on a 10 year, $100 million dollar contract, Gruden, the first step in turning a talented Oakland team into a super bowl contender, will be worth every dollar.

Gruden retakes the reigns of the Raiders already one of the more successful coaches in Oakland’s history. In four seasons with the Raiders compiled a 40-28 record including the playoffs and led the team to three consecutive playoff berths in his final three years in Oakland. Gruden was traded to the Buccaneers after his fourth season with the Raiders, where he enjoyed many successful seasons, capping off the 2002 NFL Season with a dominant 48-21 Super Bowl victory over his former team in Super Bowl XXXVII. He finished his career with 5 playoff appearances and 1 Super Bowl victory, totaling a 95-81 regular season record.

There are many reasons for people to say that this was a bad move for the Raiders, but I can only see improvement for this team that missed the playoffs and ended their season with the firing of head coach Jack Del Rio. Gruden will have many tools at his disposal, as this Raiders team is full of talent. It just needs a coach that can take the team to the next level. Boasting, on the offensive side of the ball, a Pro-Bowl quarterback in Derek Carr, an All-Pro offensive line led by guards Kelechi Osemele and Gabe Jackson, talented receivers in Amari Cooper and Michael Crabtree, and a solid veteran running back in Marshawn Lynch.

On defense, Gruden picks up a unit that has struggled these past two seasons, but is full of young talent. Defensive end Khalil Mack is a 3-time Pro-Bowl selection and a 2-time first-team All-Pro Selection. A solid trio of linebackers NaVorro Bowman, Bruce Irvin, and Nicholas Morrow provides a strong core to build the remainder of the defense around. The 14th pick of the 2016 NFL Draft, Karl Joseph leads a secondary with solid veterans Sean Smith and David Amerson. Overall, bringing in John Gruden and adding a few more pieces for this team via the draft and free agency may be all this team needs to label them as the team that will topple the AFC powerhouse of the Patriots.