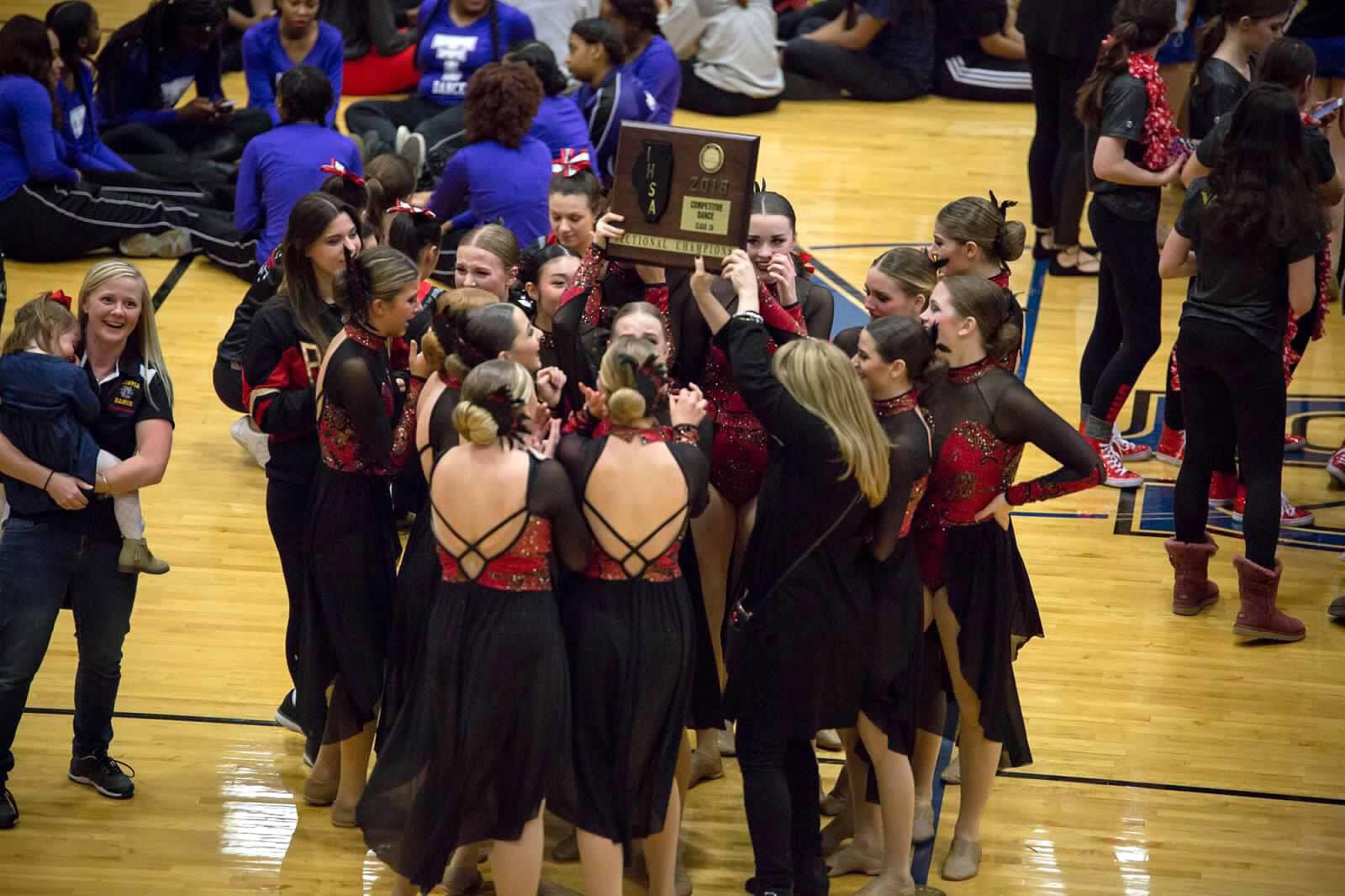 By Erin Golden and Allison Bleakley

The Batavia High School dance team attended IHSA sectionals last weekend (1/19/18) at Geneva High School. The dance team pulled out a win for BHS, placing first in the Class 2A division, a first for the dance team. After winning sectionals, the top six schools in the 2A division attend state to compete for the title of Class 2A state champions. These six schools include Batavia, Eisenhower, Lincoln-Way West, Oak Forest, Lemont, Hinsdale South.

“It felt so good to see our work pay off,” said Page Haynes. “It was such a good team experience to win because of all the hours we put in at practice.”

After winning sectionals last weekend, the Batavia dance team takes on state at Illinois State University this Friday and Saturday. The Spectator met with some of the girls on the dance team including Alexis Moore, Alissa Chu, Madison Baumgartner, Skylar Morris, Page Haynes and Bri Pierce. Winning sectionals was an exciting time for the team, especially after beating Eisenhower, a team that placed second in the 2017 state competition, according to Baumgartner.

The dance team plans on coming out strong with their jazz routine they have been working on.“The style of our routine is jazz and is done to the song ‘Game of Survival’ with choreography done by the team itself,” Moore said. “The dance is intense and hard hitting throughout with a hunter and prey theme. From intricate movements to full out skills, it features a broad range of motions and artistry.”

For the dance team, it takes a lot of hard work to get to this point, according to Chu.

“We’ve been working very hard at practice throughout the weeks,” Chu said. “This includes our normal Monday, Tuesday, and Thursday practices along with additional morning practices on Fridays and Wednesday and extended practice to help us prepare.”

After the team’s performance on Friday, the BHS dance team left ISU placing in the top 16. “It was the worst score we got all season and we were all very shocked to see the results.” says Bri Pierce. The dance team will be headed to Nationals in Disney World  Thursday (2/1/18) to perform their Jazz routine and their Pom routine. “