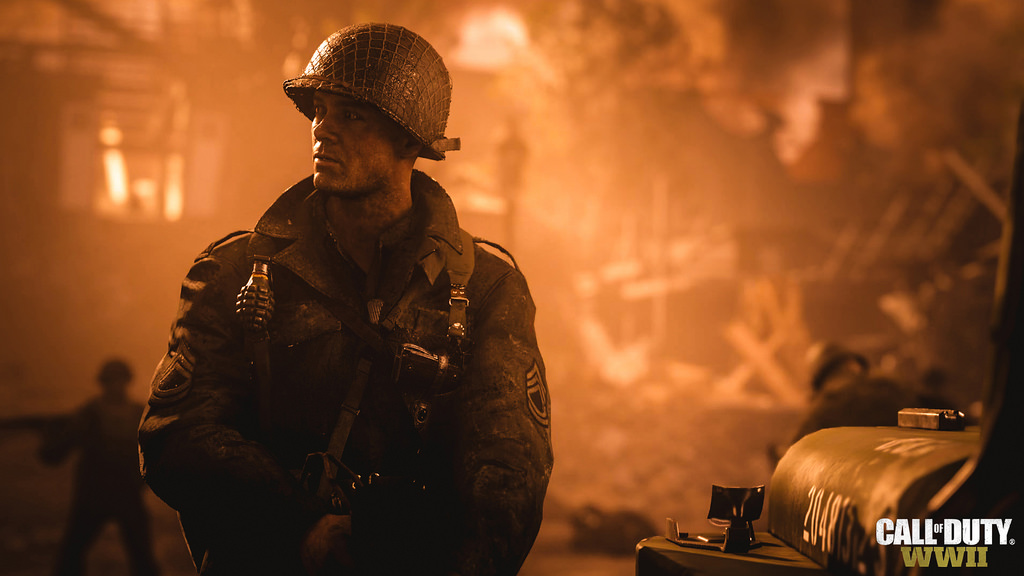 Call of Duty has been one of the leaders in the game industry for years but they are running into some trouble. A lot of their players are getting tired of their elongated series and are asking for change. Unfortunately, I believe that change came a little too late to save the game.

When the trailer for Call of Duty Infinite Warfare came out it was the most disliked video on Youtube of all time. This is because the series took a turn towards a futuristic look and players were not having it. Advanced Warfare was a moderate success and Black ops 3 sold well but when they went for the third futuristic game in a row it killed them. Infinite Warfare sold roughly half the copies of Black Ops 3. The game flopped and gameplay mechanics were not polished and movement felt choppy and broken. The jetpacks added another element of randomness to the game that took more skill out of it.

While Call of Duty World war 2 brought Call of Duty back to its roots, the game feels similar to what Battlefield 1 offered player when they brought their series back to the WW1 era. A lot of players feel as if this game was unfinished and pushed out even though they had 3 years to make the game.

When Call of Duty began to pander towards the lower skill player and began pushing their games to be accessible to as many people as possible the games lost the skill they previously had. Call of Duty now has guns that make the game much easier and veteran player are disappointed with the substance of Call of duty releases. Like the censoring of World War 2 symbols, or weapons that were never in the era of where this game took place.

Microtransaction has also ruined the skill side of Call of Duty. Great games ensure that skill is the only defining factor in the experience. With the inclusion of “Variants”, that are only unlocked if you buy loot crates with real money. Players that spend money on the game get an advantage only they can have. The unfortunate reality is some players are okay with dropping hundreds, even thousands of dollars on these crates.

The lifespan of this game series has been decreasing quickly. Skilled players are leaving to play others, and casual and skilled players alike are aggravated with weapon variants. The game has shifted into a money hungry beast, and I believe that this beast is almost out of life.