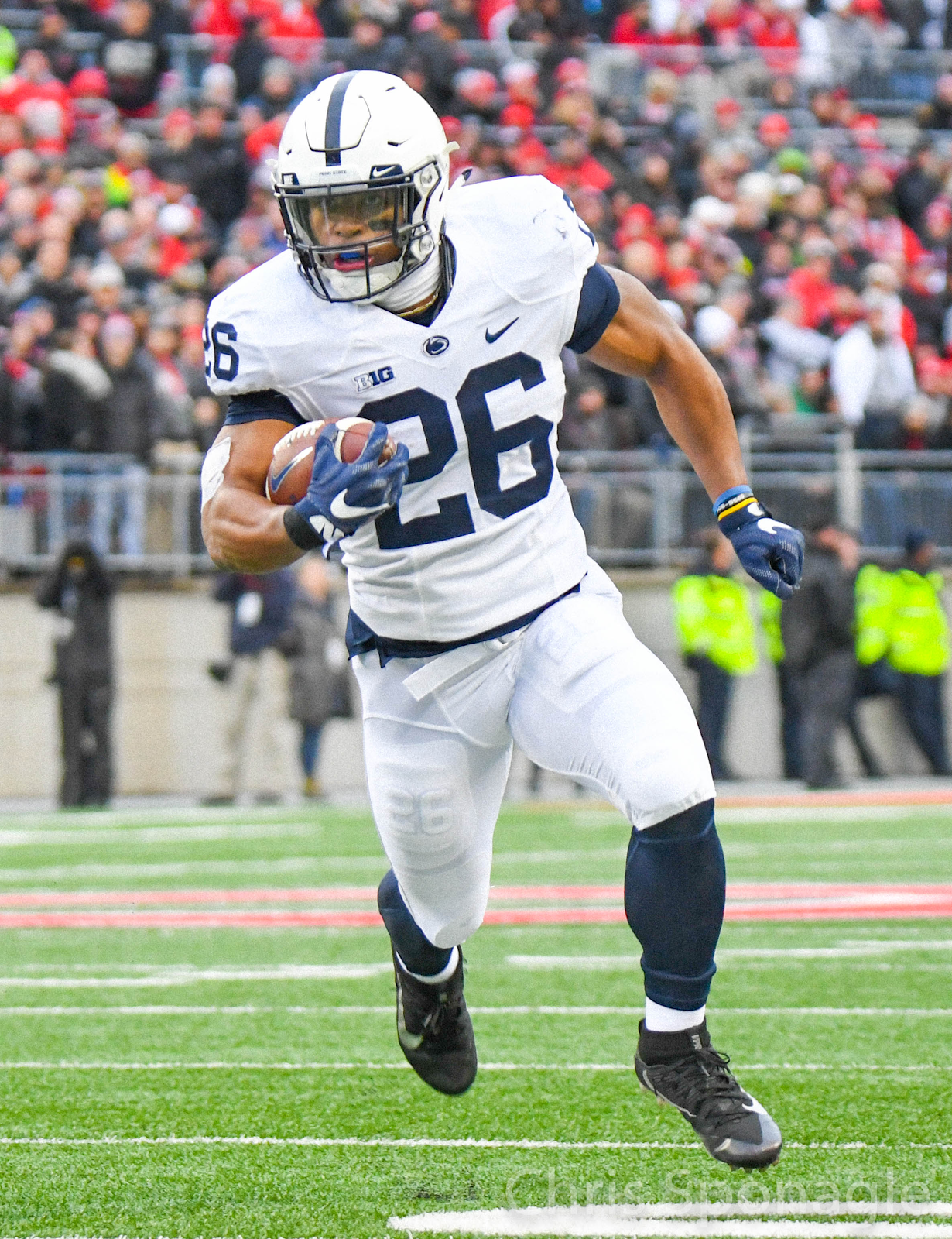 The 2018 NFL Draft had a ton of talent compared to recent years. There were playmakers on both sides of the ball, and the first overall pick could have been a variety of players. At this point, the NFL preseason is halfway over and we have had a glimpse into these rookies’ NFL careers. That being said the NFL preseason is not the regular season; starters have limited playing time and the competition is not the same compared to a Sunday in September. Here are the rookies that will make a difference in the 2018 NFL season.

The top prospect at the running back position in the 2018 draft, Barkley had an impressive combine. At 233 pounds, Barkley benched 225 pounds 29 times and ran a 4.4 40-yard dash. Compared to other running backs, he ran the second fastest 40 and was tied for first in the bench press. Barkley is a complete running back, whether that is running through a defender, or bouncing it outside and leaving opponents in the dust. The Giants have a strong aerial attack with Odell Beckham Jr and Evan Engram. However, Barkley will be the Giants’ top RB and will add another dimension to the Giants’ offense.

The first overall pick in the 2018 NFL draft and the 2017 Heisman Trophy winner, Mayfield is a competitor and the workhorse that the Browns need to bring back their franchise. After walking on at Oklahoma, Mayfield won the Big XII Offensive Player of the Year award and led the Sooners to the College Football Playoff in 2017. Mayfield is smart with the football and limits his turnovers which is especially important for an NFL QB. If given the chance to start over first-string quarterback Tyrod Taylor, Baker would produce and win some games for the Browns.

One of the most talented defensive players in the draft, Chubb dominated in college. In 2017, he won the ACC Defensive Player of the year award along with winning the Bronko Nagurski award, which goes to the best defensive player in college football. At the fifth overall pick, he has the talent to become a superstar. Chubb is an athletic defensive end that puts pressure on the quarterback and with All-Pro Von Miller, the Denver Broncos will put some fear into opposing offenses this season.

Smith was the Chicago Bears first-round pick in 2018 and for good reason. A former Georgia Bulldog, Smith led the team in tackles with 95. Smith was electric in the 2017 College Football Playoffs. Smith had 13 tackles and 2.5 tackles for loss against Alabama in the National Championship, which isn’t easy against Bama’s talented offense. Smith is a fast and aggressive linebacker that will add some speed to the Chicago Bears defense and will be one of the Bears top linebackers in the 2018 season.