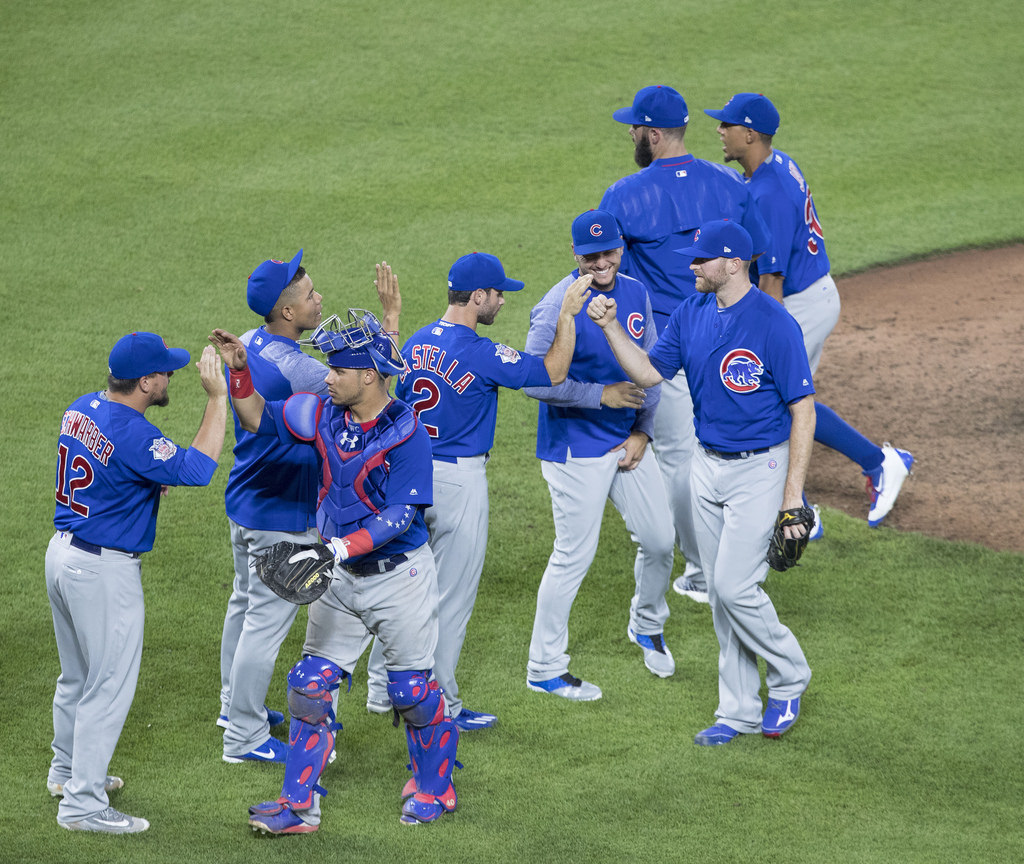 As the end of September nears, baseball fans are getting ready for the postseason. All eyes in Chicago will be set on the Cubs, as the White Sox have been eliminated from the postseason race. After winning the World Series in 2016, the Cubs have big expectations for this team, as they reached the postseason for the fourth season in a row.

Javier Baez is having an MVP caliber season, hitting .293 with 34 homers and NL leading 111 RBI’s. After having a breakout season Baez is expected to lead the Cubs in their postseason run.

Bryant is back into the Cubs lineup after missing multiple months this season with shoulder inflammation. While Bryant has had his share of struggles this season, he is looking like he should be healthy and ready for the postseason.

Trade acquisitions of Daniel Murphy, Cole Hamels, and Jesse Chavez have all been performing very well for the Cubs, and were great trades by the front office. Hamels has given life to a rotation that has not performed up to expectations this year and looks to play a key part in the postseason.

Jon Lester has been the Cubs ace throughout most of the season, and should be the Cubs number one starter in the postseason. With a record of 18-6 and a 3.32 ERA, Lester had another All-Star season for the Cubs and leads a starting rotation that has the 10th best ERA in the league.

The Cubs’ bullpen has been very strong this year, sporting a 3.35 ERA that is third best in the MLB. Unfortunately, the Cubs will be without closer Brandon Morrow in the postseason, and might miss Pedro Strop for a couple of games. Morrow has had a forearm injury that cost him the last two and a half months of the season. Strop injured his hamstring while running to first base.

After losing the one game tiebreaker for the division 3-1 on Monday against the Brewers, the Cubs will host the Rockies on Tuesday for the win-or-go-home Wild Card Game. The Cubs will send out Jon Lester to match up against Kyle Freeland of the Rockies. The Rockies have played great baseball down the stretch, which should make for a very entertaining game against the very well-rounded Cubs.

If the Cubs win the National League Wild Card game, they will play the Brewers again in the NLDS. The Cubs have not matched up well against the Brewers recently, but anything can happen in the postseason. The Cubs’ roster has a lot of postseason experience compared to the Brewers, which should be to their benefit if they beat the Rockies in the wild card game.

Although the Cubs have had their fair share of struggles, they still accomplished reaching the postseason. While they do have to play in the wild card game, back in 2015 they made a run to the NLCS in a situation similar to the one they are in now. In an NL that has a lot of good, not great teams, the Cubs are still have the potential to make a long postseason run.