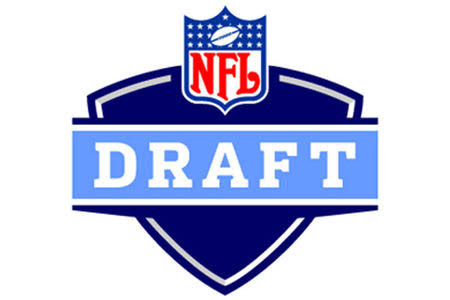 About halfway through the 2018-19 NFL season, it seems like a good time to evaluate the Cowboy rookies. The ‘Boys currently roster six of their nine picks from last April’s NFL Draft. Here are grades for their top three picks.

So, without further ado, let’s get to it.

The standout linebacker from Boise State University wasn’t the popular choice, but it was the right one. Sean Lee’s inability to stay healthy was a major concern going into 2018. He has led the Cowboys in tackles four of the last five years. When Lee was out in 2017, the defense was ranked dead last against the run, giving up over 120 yards a game. So the need for a linebacker was there. Vander Esch has exceeded all expectations. He ranks second in solo tackles and sixth in total tackles, and he’s a rookie. It really is incredible how well he has played with the amount of time he’s been on the field. He’s played just 299 snaps this season, fewest among the top 25 tackle leaders by an entire 102 snaps. Last week, LVE won NFC defensive player of the week for his standout performance against the Eagles where he recorded 13 tackles- one of those for a loss, which saved the game- and an interception on his second play of the game. Don’t look now, but if LVE keeps it up, he looks to be one of the next great NFL linebackers.

Last summer, the Cowboys lost guard Jon Cooper to the Redskins via free agency, leaving them without a starting left guard. Enter Connor Williams from Texas, a Gene Upshaw award finalist, which is given to the most outstanding NCAA Division I offensive lineman. Williams hasn’t quite been what he was in college. He lacks pure strength, and it showed week one against the Carolina Panthers. He was up against defensive tackle Kawann Short, one of the best in the NFL. Short attacks straight away with a bull rush, he’s not going to try and make a move around you. Williams struggled with that; he wasn’t able to keep Short from pushing him backward at the quarterback. He gave up two sacks and three QB hits. Since then, he has improved but still struggles with that. However, if he is beat off the snap, he has the speed to recover and push the defender to the outside, avoiding a sack. He recently underwent a knee scope and will miss a few games. Williams has the potential to be great, but he will need to get better in some key areas if he wants to keep his starting job.

This was the obvious pick, but it left people wondering why a wide receiver wasn’t drafted earlier. With the loss of the franchise’s all-time leader in touchdown receptions, Dez Bryant, and the loss of future Hall of Fame tight end Jason Witten, it was clear the Cowboys needed to bring in a new, young playmaker. Gallup looks like he can be that guy. Last year at Colorado State, Gallup led the team in receiving yards, receptions, and touchdowns. He started out slow with Dallas but has picked it up in recent weeks. In weeks 1-6, he had just nine receptions for 120 yards and no touchdowns, but over the last three weeks, he has amassed 166 yards on eight receptions and a touchdown. But with the addition of star receiver Amari Cooper, Gallup figures to lose some targets. Gallup has shown that he has exceptional route running skills. In week seven at Washington, Gallup burned Redskins cornerback Greg Stroman on a hitch-and-go for a 49-yard touchdown. Although a simple route for any receiver, Gallup executed it perfectly, forcing Stroman to stop dead in his tracks while Gallup ran past him and eventually scored. Gallup continues to improve and can soon become a prime option for QB Dak Prescott if he keeps it up.