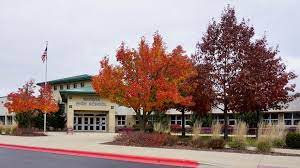 Ever since late March or early April of 2020, schools have been closed down, to half-open, to closed again. It’s been a rollercoaster to say the least. Not to mention the laundry list of other problems we’ve had within the last year that anyone would be scared to talk about. But now, as many others would agree, is probably the best time of any to begin opening up again. Let’s take a look.

Obviously, America did a less than stellar job of “flattening the curve”. In fact, other countries in comparison are laughable. In fact, a while back, New Zealand announced that they were officially “Covid-free,” within an article by the BBC. Meanwhile, Americans (or, at least, ones that are less than courteous) have been having trouble keeping a piece of cloth on their face for an hour or even a few minutes while they browse a store.

However, the CDC has now decided that the safe-space between person to person (what was originally 6 feet) can now be only 3 feet, which for many is a lot more agreeable. And, generally, in class, a 3-foot distance is a lot easier, and nearly normal for schools to implement. Not to mention that children, especially within ages 12-18 will likely be more agreeable to wearing masks, given their lives have been less “affected” by it, and wouldn’t see it as a big deal anyway, likely because it isn’t.

In-school also provides a lot more opportunities for kids, and allows them more focus, with less distractions in their day-to-day lives. After-school activities, clubs, sports, theatre, music, and the like are all fantastic opportunities for students to meet new people, discover new interests, and interact with their community.

As a plus, with the new vaccine being distributed to governmental figures, medicinal practitioners, and, yes, teachers, safety is far higher for all around.

Truly, despite minor safety concerns, it’s a far safer idea to open up now than it was before, and is far more beneficial for students everywhere than sitting at home could ever be.