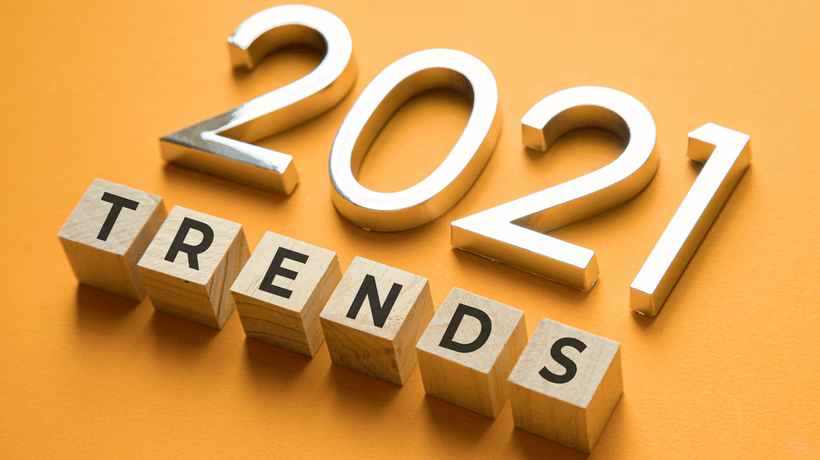 The year of 2021 was filled with many, many trends. From food to shows to fashion we experienced a number of new trends that made history.

One of the most popular food trends was feta pasta. This recipe was passed around on TikTok, blogs, and other websites. Many were amazed by the easy as well as the flavorful recipe. Daily Nexus writer Stephenie Gerson stated, “Baked feta pasta took the internet by storm in the early days of 2021.” However, feta pasta wasn’t the only thing the internet took by storm.

“Driver’s License” by Olivia Rodrigo was the No. 1 listened-to song on Spotify in 2021. Not only did her Song rank No. 1 but her album was in the top three most popular albums on Spotify, as well. Billboard’s Gary Trust wrote, “Olivia Rodrigo‘s ‘Drivers License’ dominates the Billboard Hot 100 chart for a fifth week, after soaring in at the summit four weeks ago.” Her song also spent weeks being used on TikTok helping to publicize it even more. Speaking of things that spent weeks trending, there was one particular show of 2021 that definitely made an impression.

Squid Game broke records by being the most watched series on Netflix of all time. Squid Game had over 111 million viewers. Forbes revealed, “That 111 million figure puts it a full 29 million ahead of the former #1 series, Bridgerton.” The show was crazy popular and just like most trends, heavily publicized by TikTok. In fact, TikTok being a contribution to other shows, songs and recipes helped make it a top trend of 2021.

TikTok was the most downloaded app of 2021, with over 656 million downloads. Many influencers turn to TikTok due to how easy it is to post and get information out where virtually anyone can view it. Kishalaya Kundu of ScreenRant stated, “Earlier this month, a Sensor Tower report revealed that the short video app was the highest grossing app globally this year ahead of YouTube, Tinder, and Disney+.” Tiktok also contributed to a trend despised by teachers called devious licks.

Devious Licks was essentially when a student took an item from somewhere in their school and kept it. TikTok helped grow the trend making it an issue across the entire country. CNN journalist Megan Marples wrote, “It’s the latest trend to go viral on Tiktok, called ‘devious licks’: Middle school, high school, and college students vandalize school property, most commonly bathrooms, and post their results on the social media app.” On the topic of school, let’s talk about where everyone is buying their clothes.

Shein has been one of the most widely used apps, especially among teenagers. Shein has clothing at a very cheap price making it more appealing to teens who usually don’t have a lot of money. Terry Nguyen from Vox claimed, “The retailer is also one of the most talked-about brands on TikTok and YouTube, and the most visited fashion and apparel site in the world, according to the web analytics platform Similarweb.”

But what are people buying off of Shein? Well, I can tell you what they aren’t buying and that’s skinny jeans. Over the past two years there has been a comeback in mom jeans, and now more versions of jeans as well like dad jeans and boyfriend jeans which provide a looser fit. New York Times writer Sapna Maheshwari stated, “On a recent earnings call, executives for Levi Strauss & Co. said sales trends showed that loose, even baggy, jeans for women and men were booming and poised to become a hallmark of our post-pandemic world.” Although most trends came and went, one in particular stayed.

Speaking of popular celebrities, Britney Spears was the most trending celebrity of 2021. Statistas Joseph Johnson claimed, “ Britney Spears had a year-on-year search growth of 117 percent, making her the most trending celebrity on Google search worldwide in 2021, by average monthly searches.” This was mainly due to the “Free Britney Movement” which was also a trend in itself.

All in all 2021 had some fun trends, some even lasting still today. Now we wait and see what trends 2022 will bring.