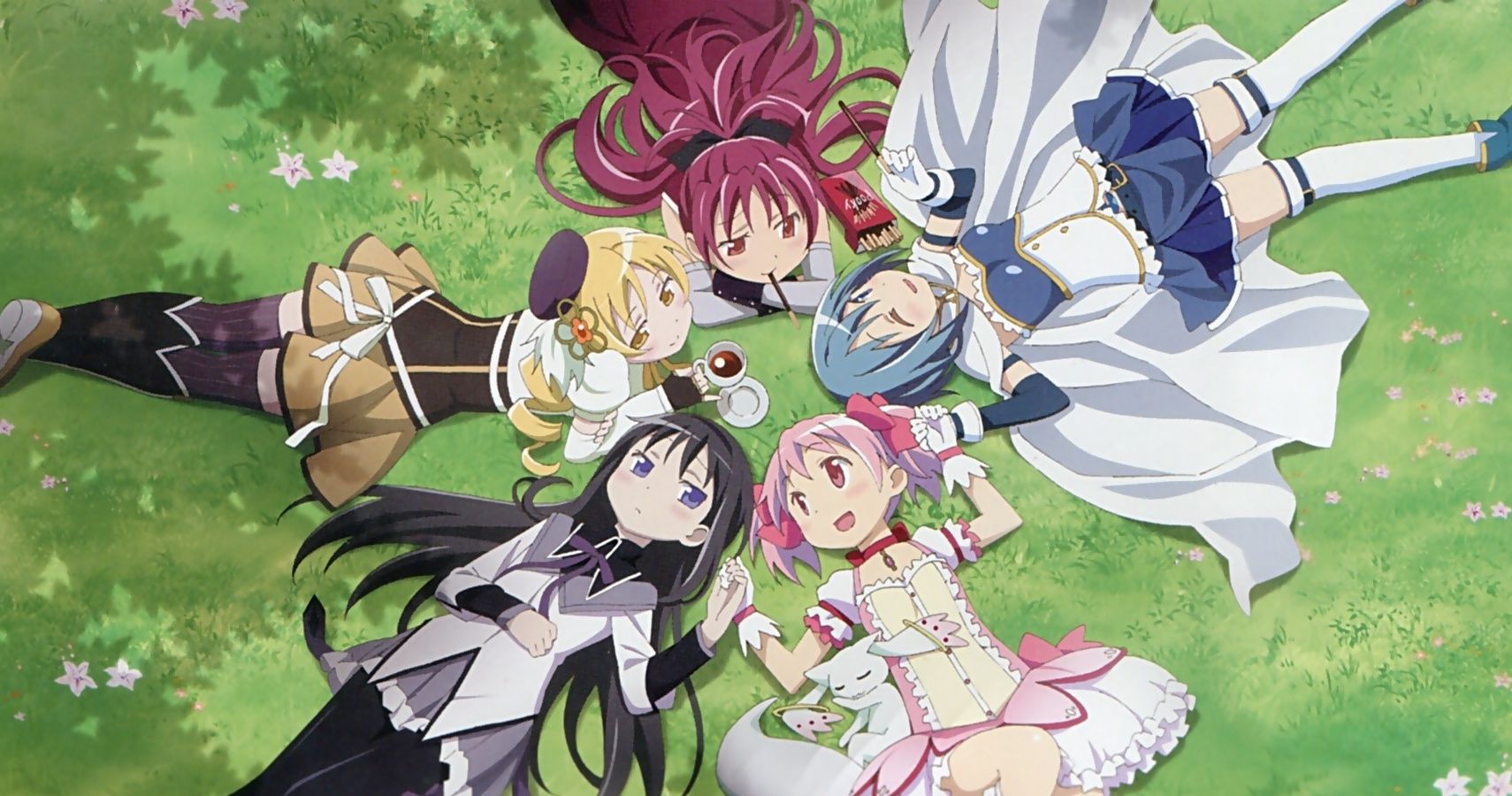 Hope, despair, love. The things that drive us every day. Many pieces of media have tried to encapsulate the paralleling feelings of joy and hopelessness in the past, but one show stands out above others as one of the smartest, most creative, and, undoubtedly, most overlooked: Puella Magi Madoka Magica.

The show focuses around Madoka Kaname, a middle schooler who is immediately portrayed as someone who always tries to do good and spread joyHer and her best friend, Sayaka Miki, encounter a strange creature named Kyubey, as well as an upperclassman, Mami Tomoe, one day, who tell them that they’re to become ‘magical girls’, to spend their time hunting and fighting ‘witches’. The show immediately sets itself up as something that’s been done countless times before, with a magical girl trope found in shows like Sailor Moon. But the happy facade of the show starts to warble as Madoka’s mysterious new classmate, Akemi Homura, enters her life and begins to try and prevent any instance of Madoka becoming a magical girl.

The show, for the first half, is shrouded in confusion and mystery. The audience captivated by the strange mix of cliche and the increasing darkness, and once one of the main characters dies, they’re able to realize the shift in tone that indicates the true themes of the show. Not happiness, love, perseverance, passion, or friendship, but instead, the opposite. The desire for those themes from within the characters constantly being undermined to portray what the showrunners had been trying to convey–a social commentary on hopelessness, powerlessness, and conforming to a greater power that ultimately doesn’t have your individual happiness in mind.

Kyubey, the creature with the ability to grant the girls a wish in exchange for them becoming magical girls, gets progressively more sinister as the series progresses and once it’s revealed that being a magical girl is more so a curse than a blessing, and something that will ultimately ruin the girls’ lives rather than improve them, the question comes into view: what does he represent? In society, Kyubey reflects people or corporations with high status who have power to manipulate those beneath them. In the first few episodes, Kyubey draws the middle schoolers in with a skewed representation of what being a magical girl really is; advertising the greatness of the wishes he could individually grant them, while withholding information in order to have them keep the glamorized idea of the lifestyle within their minds. The information he withholds, however, is that once you become a magical girl, your soul is removed from your body, making you an empty shell, in order to better dedicate your life to fighting the witches, until you ultimately die or become a witch yourself.

The show focuses on the characters, those who started out as innocent middle schoolers and throughout the series become plagued with the knowledge of their existential powerlessness brought to them by Kyubey. The characters all represent aspects of life that many times we try to ignore, such as losing a loved one too early, making sacrifices for those who wouldn’t do the same to you, or trying desperately to reach out to someone you love who’s struggling, knowing they won’t listen. And while the finale of the show focuses on hope itself, and how goodness will, despite every odd stacked against it, persevere, viewers finish the show unable to shake the crushing feeling of hopelessness that had been presented to them throughout the entire series.

Madoka Magica is frequently overlooked due to its bubbly, femine anime art style and the generic magical girl feeling that surrounds it, but in many ways, that dedication to visuals that so starkly contrast the story is what makes Madoka Magica an effective and powerful parody. In aims to convey suffering, many pieces of media immediately resort to outright showing pain and death and misery. While Madoka Magica does that, it at the same time keeps the cutesy art style, forcing viewers to look past the visuals and think deeper into the themes, rather than any shock factors the showrunners could have chosen to include.

This all is what makes Puella Magi Madoka Magica a show unlike any else. If viewers are able to step away from any embarrassment brought on by the outward appearance of the show, they’ll find it’s truly a notable show and one of the most unique and impactful works of media in the 21st Century so far.