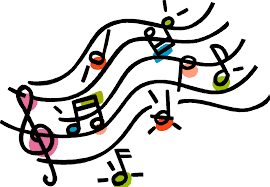 Over the years, show choirs across the country have experienced a surge in interest and popularity. Shows like Glee have brought them into the limelight, but they also can serve as an inclusive and welcoming space for many high school students.

BHS is no stranger to groups like this. Usually, it has two groups, Swing Singers and Legacy. This year, the two groups have been combined due to the number of students who auditioned.

T.J. Borre is a junior at BHS who’s been involved with show choir all throughout high school and even in his eighth-grade year.

“There has been really good energy and everyone has been giving it their all, and I think that with our attitude and our really awesome set we could achieve some pretty awesome things,” Borre said.

Swings Singers, like many clubs and activities, has had to come back from a rough season last year with Covid restrictions.

“Last year was a bit of a damper obviously,” Borre said. “We didn’t have any competitions that we went to just out of our school’s preference and just to be safe. We didn’t want anyone getting sick, especially during that time.”

The group had an end-of-the-year performance in the cafeteria, their only live performance of the year. Still, they’re making their comeback, and are heading to their first competition of the season in Manteno this Saturday.

Freshman Lexie Horne is in her first year of show choir and is enjoying it.

“I do my best to practice at home and give it my all when we practice with the directors,” Horne said.

Horne said that while some parts are hard, she feels confident that they can get it done with the time they have to rehearse.

Borre, along with Horne, puts as much time as he can into Swing Singers.

“Well, I’m a pretty busy guy so normally what I do is I try and set aside a little bit of time each night to practice,” he said. “What really ends up happening is towards the end of the season when it’s really like all or nothing you just have to go for it and give it your all every time you run it throw and try and practice it like you’ll perform it.”

The junior is involved in the BHS plays, musicals, Chromatics (an acapella group), and is currently assistant directing the musical at the middle school.

Many students in the show choir say that it’s a really fun activity, and gives students the opportunity to meet many new people. Borre says that comps are an atmosphere like no other.

“You can watch other groups,” Borre said. “There are always some really awesome groups that we get to see, you get to make a lot of new friends, and just have fun in a new environment. It really is awesome.”

These competitions are also known to last a long time, especially if you make it to the coveted finals.

“We have to get to school at 9:30 and we might not get back till 11:30, or even later” Horne reports, “This time we perform around 3 with additional performances depending on how good we do.” This means that Swing Singers members want their competitions to last as long as possible.

Finals are still a hard thing to get to, but the group is hopeful. “My freshman year we made finals for one of our comps and I really think we could do it again this year,” said Borre, “We’re at a really good place.”