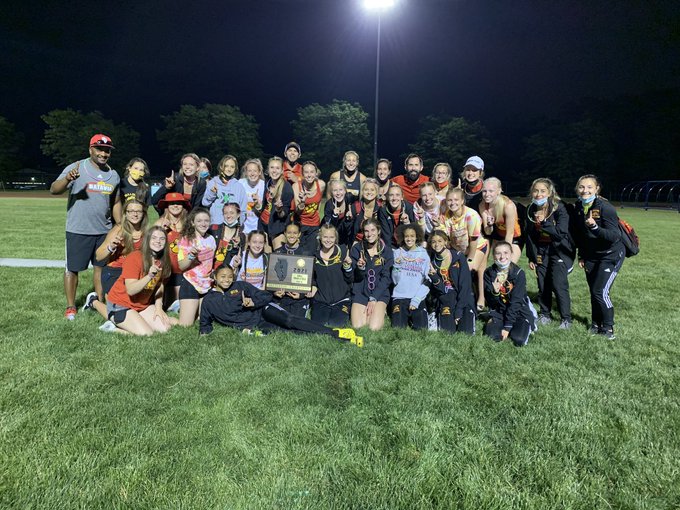 By Madison Wilson and Isabelle Konopacki

Batavia track and field started just last week, riding off the high of a sectional win last Jun. that qualified 12 events. The team later went on to the state meet, finishing with three athletes placing in the top nine. Batavia had placed 20th at last year’s state meet, the best they had done since 2008. Can Batavia do even better this year?

On Sat., Feb. 12, Batavia will host its first meet. The meet will be between Batavia athletes only with athletes being split into two teams, red and black.

“Coaches created this meet in hopes of giving freshmen and newcomers a chance to experience how a meet runs,” said Kyle Plate, head throwing coach.

Some athletes have been training throughout the offseason, one of these athletes being varsity thrower Lily Newkirk. Newkirk shared how she prepared for the season.

“I’ve done a lot of lifting to gain muscle,” Newkirk said. “I think staying active is the best thing you can do because a shot put ring and supplies aren’t always available.”

Sophomore sprinter and jumper Mariah Wilson also participated in offseason training. Wilson talked about how prepared she feels for the start of the season.

“I do feel ready, I’ve been training since September,” Wilson said. “My mindset is there, my shins need some work.”

While athletes feel prepared for their individual events, they worry about the team’s overall performance.

“There’s one senior who graduated that was on my 4×800 team, so now we have to find a replacement,” said Alli Olson, a state qualifier last year.

The thrower team also feels that a piece of their team is missing this season.

“There are a lot of people I miss from previous years,” Newkirk said. “Evelyn Moss, Slyvia Bruzga, and Sophia Bruzga. Evelyn especially was a great mentor to me and helped me through a lot of difficulties when beginning. I miss them all, they brought us all together and we’re strong throwers and friends.”

Coach Allison also reflected on how the absence of last year’s graduates will impact the team.

Each season means a loss of seniors but it also means the welcoming of many newcomers.

“It’s great to see so many freshmen doing track this year,” Wilson said. “A lot of them are interested in field events too which is nice and will really help the team.”

Although track is a sport with many events and divisions, athletes spoke about how important the team part of track was to them.

“My favorite part of track is the social aspect,” Olson said. “We’re all pretty close.” Despite the loss of many graduates, the head coaches and athletes seem confident going into the season. After many months of training during the off-season, it appears that Batavia athletes are hopeful for a successful season.