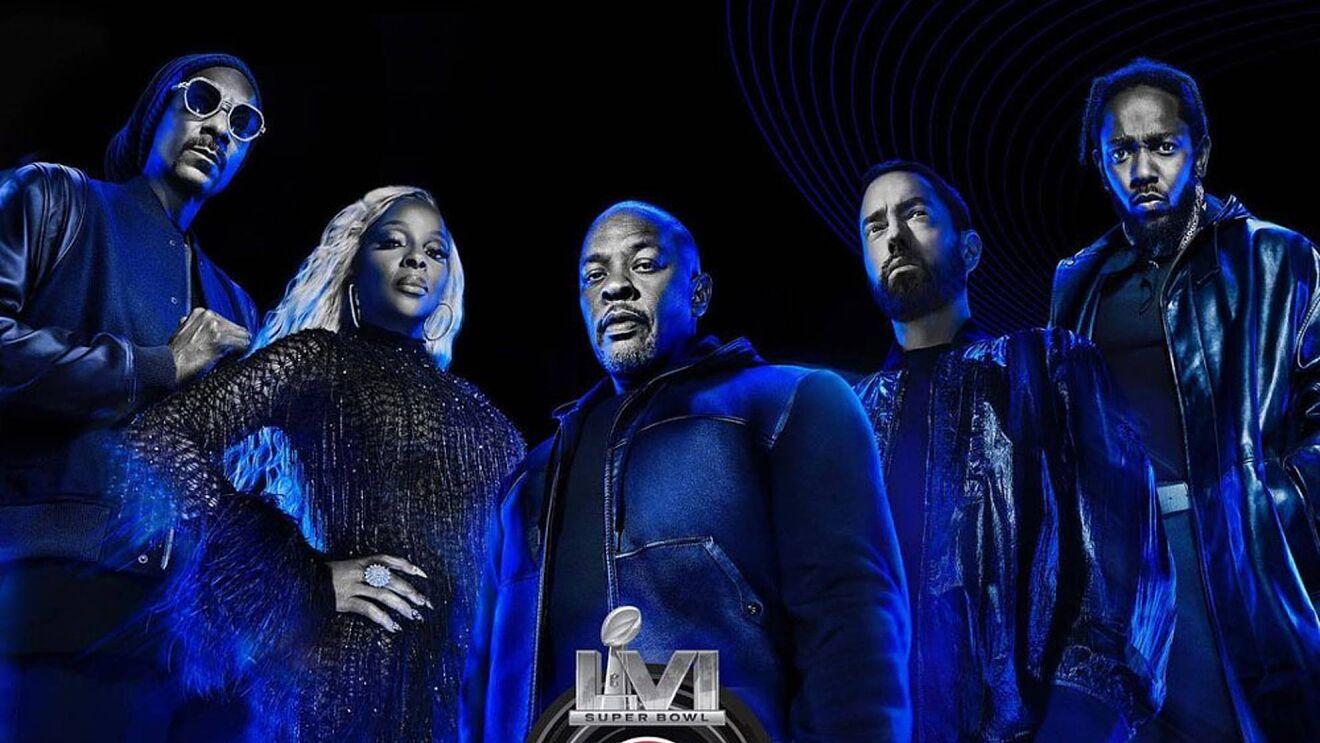 Rap has long established itself as one of the most popular commercial music genres in America, so a rap-focused halftime show seemed long overdue; taking center stage at Super Bowl LVI’s halftime show were rap trailblazers Dr. Dre, Snoop Dogg, Eminem, Mary J. Blige, and Kendrick Lamar. Each artist shined in their acts and came together perfectly when uniting at the end of the show. “It’s crazy that it took all of this time for us to be recognized,” Dre said during the game’s news conference. As a tribute to the LA rap scene, every artist related back to Dr. Dre and his past collaborations.

Dre rose to fame during the 1980s after forming a hip-hop group with rappers Eazy-E, Ice Cube, Yella, MC Ren, the Arabian Prince, and The D.O.C. Together, they produced many songs that are now seen as major influences to future generations of rappers. Dre stepped away from the group to create his first solo album, The Chronic, which introduced listeners to Snopp Dog and simultaneously created a new style of rap that showcased Snoop’s unique, laid-back lyrical flow. Additionally, Dre paved Eminem’s path to success and produced some of  Mary J. Blige’s signature hits including “No More Drama” and “Family Affair.” Kendrick Lamar was also discovered by Dr. Dre and is currently signed under his label Top Dawg Entertainment.

Set in Compton, the show had a house party nature to it. With the stadium situated just 20 minutes away from Compton, this unfathomably global show felt deeply local. The New York Times spotted many of the potent references to the notorious neighborhood: “Compton was embedded into the stage setup: the buildings included signs for its various landmarks, including Tam’s Burgers, Dale’s Doughnuts, and the nightclub Eve After Dark where Dr. Dre used to perform with his first group.”

Dre and Snoop opened the show singing “The Next Episode” and “California Love” on the set’s rooftop. Followed by surprise guest 50 Cent who appeared hanging upside down from the ceiling, performing a highly censored version of his hit “In Da Club,” one of Dre’s formative productions. Continuing, Mary J. Blige belted the lyrics to “Family Affair” and “No More Drama,”  before Kendrick Lamar took the stage to perform “Alright” which preceded Eminem’s stadium-shaking segment of “Lose Yourself.” Eminem then took a knee after his performance as a nod to San Francisco 49er, Colin Kaepernick, and his infamous choice to abstain from standing during the playing of the National Anthem before 2016 games. Dre came back to close the show, sitting down at a white piano singing Tupac Shakur’s “I Aint Mad at Cha” and finishing the show with a raised fist and a wink.

This highly anticipated event was amazing, not just for its stellar performances and production but seeing the other artists bouncing around to the music on white couches or the set’s rooftop was surreal. Icon after icon together in one room grooving to their fellow seminal artist’s hits and joining together provided a satisfying ending to a very close-to-perfect halftime show.