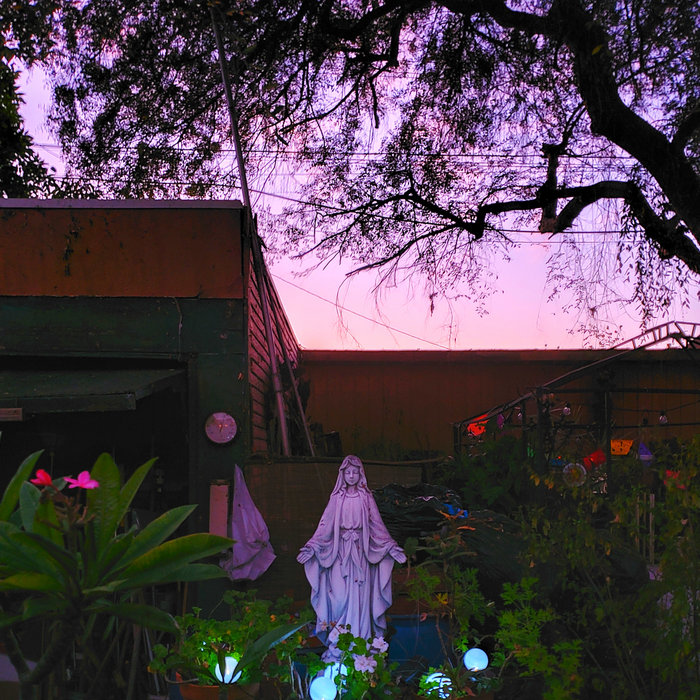 Fall down for this EP, I Love Hating You (2020) is an artistic venture into previously uncharted territory for musician Frank Contreras, AKA FrankJavCee. Filled with catchy indie basslines and soft, airy vocals, this EP stands out from the crowd as an underrated musical gem of the 21st century and a definite must-listen for any musichead.

Intro-ing with a song of the same name, the EP begins with a mystical sound that promptly creates a dreamy feel. Immediately we as listeners are transported to the world the EP sets to create, filled with hazy purple hues seen in the beautiful cover art, a soft shadow crawling over us as the sun sets and the music fills our ears. With a sudden and intense beat drop, the catchy baseline beneath emotive vocals from Contreras introduces an easily danceable chorus, mixing that dreamy sound listeners had been introduced to with a pop-rock sound that the audience can’t help but tap a foot to. This upbeat chorus contrasts with the repeated phrase of “I love hating you,” a motif of bitterness that the EP is just barely beginning to dip into.

Transitioning into the next track, “Say You Wanna Go” begins with the soft and shy sounds that listeners were first introduced to, but less than 15 seconds into the song Contreras subverts expectations once again and a heavily drum-based beat drop bombards listeners’ ears. The track solidifies itself as undoubtedly different from its predecessor, opting for a heavier rock sound as compared to the indie style of “I Love Hating You.” Three minutes into the EP, Contreras cements his work once again as versatile and successful, as he dips into multiple genres.

Continuing with bass as the dominating instrument, “Fall Down for Your Love” begins with an even groovier bassline. Similar to the previous tracks, a sudden drum beat introduces a catchy chorus, but this track opts to stay more low-key. With effective, yet chilled instrumentation, this track creates a feeling of a night out—a lack of stress or worry as you stand underneath dimmed lights in a hazy bar, enjoying the casual and confident vocals of Contreras as if he were performing it live.

As the EP nears a close, the tone shifts. What, for the first three tracks, had been prevailing sounds of upbeat indie, pop, and rock, begins to shift, and in “Who Do You Love” Contreras’s tone softens further, and, in the sudden absence of bass, higher pitched percussion now dominates the track. In contrast to the anger behind his voice we heard in “I Love Hating You” and “Say You Wanna Go,” Contreras spreads a sadness over this track. “Why the **** are you always mad at me, When it felt like we went wrong, I don’t know where to go when you question me, I just hope you like my songs,” Contreras sings. This sorrow continues over into “Who Says the Past”, and Contreras’s tone weakens as he reminisces over a relationship lost and questions “will it ever be enough?”

An artistic specialty of 2020, I Love Hating You has flown under the radar of mainstream music and exists today as an underground delight and a treat to music lovers. Although short, those seeking out a collection of songs to dance to, to think to, and to cry to, must check out this EP, and experience the stages of grief alongside Contreras. Hatred, to depression, to acceptance, this EP compiles contrasting and visceral emotions and from those feelings sculpts a transcendent musical experience.