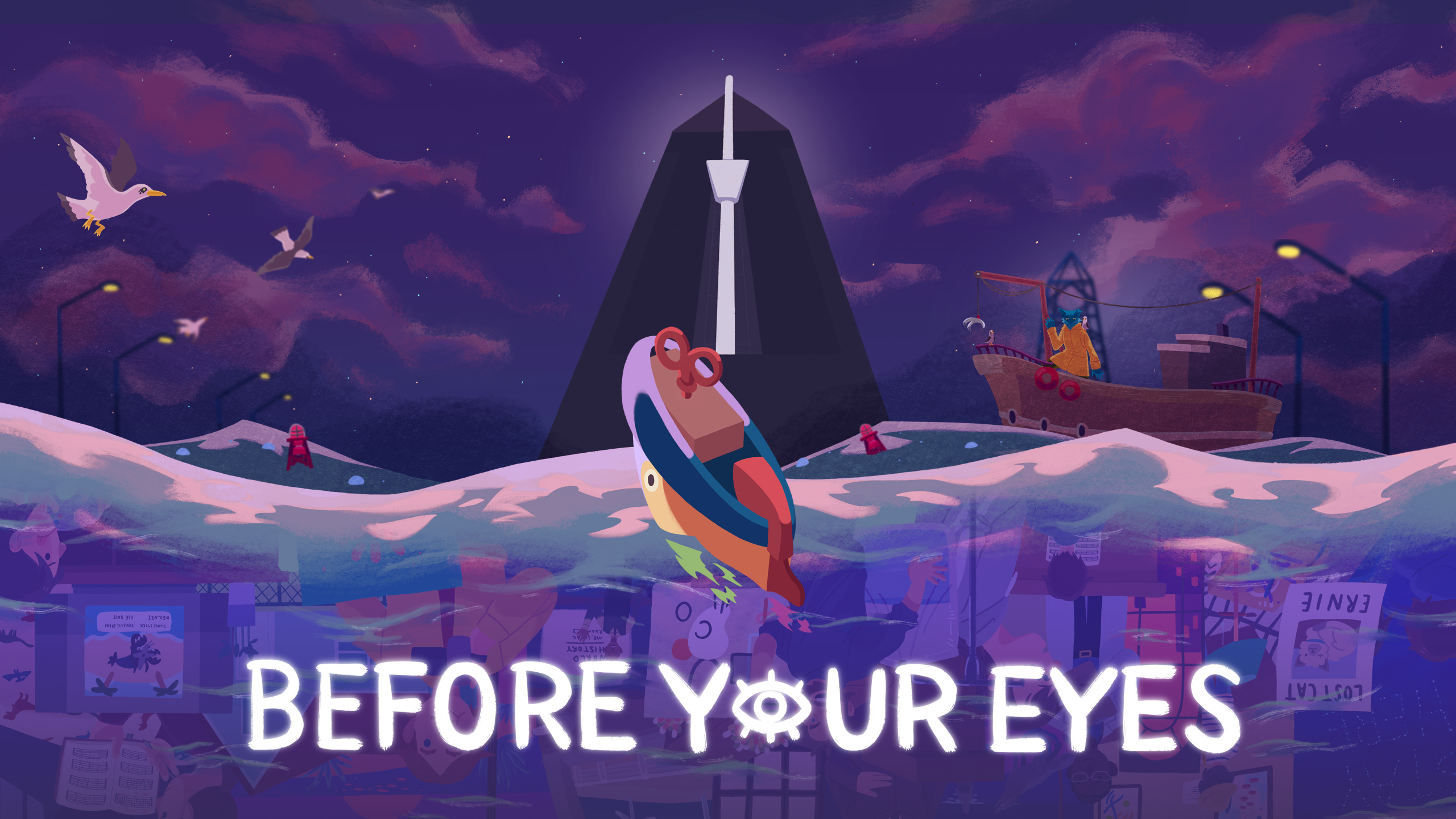 Before Your Eyes is a PC first-person adventure game released in early April of 2021. However, this is no ordinary choose-your-own-adventure experience. Through a webcam, the computer scans your face and detects when you blink, making that the primary mode of progression through the story’s narrative. This game is incredibly unique and has one of the best and most emotional storylines I’ve ever encountered before.

As a player, you find yourself as Benjamin Brynn, a recently deceased man trying to get into some version of an afterlife. You immediately meet the first character, who becomes vital later on, a ferryman who explains to you how the controls work, how you are about to relive the events of your life, but each time you blink, you fast forward in time. The time could be a minute, or 5 years, there is absolutely no way to tell, so be careful. The entire goal of this game is to awe the gatekeeper, who allows you into the afterlife, and show that you were a good and honest person. As you learn more about his life and relive it for a second time, the story takes a dark turn, and it isn’t until the very end that you fully understand the events that happen in Ben’s life, all through the action of blinking.

The game’s ability to recognize blinking without fail is truly exceptional and I have yet to see anything like this before. Aside from using your mouse to control which direction you face, your blinks entirely control your experience. But no worries, if you feel the need to blink and aren’t quite ready to move on yet, you can always pause by hitting the spacebar. There is also an option to use mouse clicks instead of blinking, but I wouldn’t recommend this, as the extraordinary concept of controlling a game through your eyes is what makes it so special.

Some of my favorite scenes in the game are because of the ability to control it with your eyes. These include having to keep your eyes closed to be able to eavesdrop and playing the piano through blinks and the movement of your mouse. The entire concept of the game, not just the storyline, is so bizarre and unlike any other.

But this is not to say the storyline is not exceptional. The plot had me invested and in tears at multiple points. Without any spoilers of what is to come in the game, the dialogue is realistic and very heartfelt, however not straightforward, and requires you to infer and connect some dots to understand what actually happened to Ben and how his life played out before his untimely death.

Another point that I personally loved is the graphics. The way the characters are designed attributes to the game’s nostalgic and surreal feeling. I love when games don’t try to use realism to connect with people, and instead connect in a different and more difficult way as Before your Eyes did.

Some critiques I have of the game and concerns that other people might have is the playability. Although you don’t need a webcam to play, as you can just play with a mouse, but since blinking is the whole concept of the game, you do miss out on some of the magic if you play solely with a mouse.

This game can be played on PC or Mac and costs $9.99, which I think is cheap for any game, especially a game that can be replayed many times, as this can be. For the price, it is 100 percent worth your time and money, and I would highly recommend this, especially if you have a good working webcam.

Before your Eyes has incredible graphics, a unique and never seen concept, and a heartfelt storyline that kept me attached and intrigued the whole time, and has stayed with me well after I completed the game. I would give this game a 9/10, solely because if you don’t have a decent webcam, the experience playing it isn’t quite the same as it would be with one. However, if you ever have some free time, and are in the mood for a few tears, I would recommend Before your Eyes.