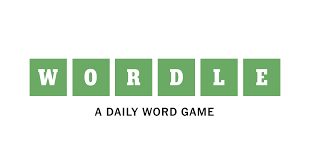 Wordle gives you a five-letter word to guess but is it a five-star game? The new online game “Wordle” has taken the internet by storm. Created by Josh Wardle in June of 2021  originally as a fun game for his girlfriend and him to play, but released to the public in October 2021. Only recently has the game become more popular when “The New York Times” bought the game in January of 2022. Players are given six attempts to guess a five-letter word with feedback given in the form of colored tiles within each guess. If a tile turns green that means that letter is in the correct spot. If a tile turns yellow that indicates the letter in that tile is in the word but not in the correct spot. The black or gray tiles are letters not in the word completely.

Wordle has consumed the online world, gaining more players every day. In an article written by the New York Times, they acknowledge that “90 people played the game on November 1. Nearly two months later, 300,000 people played it. Now, the puzzle has millions of daily players.”

The online-based game has become such a sensation that people now wake up and look forward to doing this once-a-day game. In a review on google.com,  Angelo Vetores said “Great game to start having daily routines with. Takes only 5-15 minutes of your time and feels rewarding when you get the word right. Also makes me search for the word which widens my vocabulary. You don’t lose anything from it and it’s a light-hearted game designed for pure fun. Highly recommend anybody would take up their time to play Wordle every day since it only gives one word per day.” Along with many other reviews that say it is now part of their daily routine.

It is a very fun and addictive game. There are even knock-off apps in the app store. Those have also become popular because people love this game so much that they want to play more than once a day. The official Wordle even came out with “Wordle Archives” where you can play the previous daily games going all the way back to June 2021.

Yes, there are those that believe it’s an overpraised game and dislike it very much. In another review on google.com user, Hazel Trominski says “this game sucks I hate it and all my friends do, too. I don’t like words or guessing things. It stresses me out. Some of the words make me just shiver at how they are allowed in this game that kids are playing. The NYT needs to take a step back and re-evaluate taking it over.” Like every popular thing, there are praises and criticism.

I would recommend at least trying out the game once, and letting you decide your stance on this popular game.