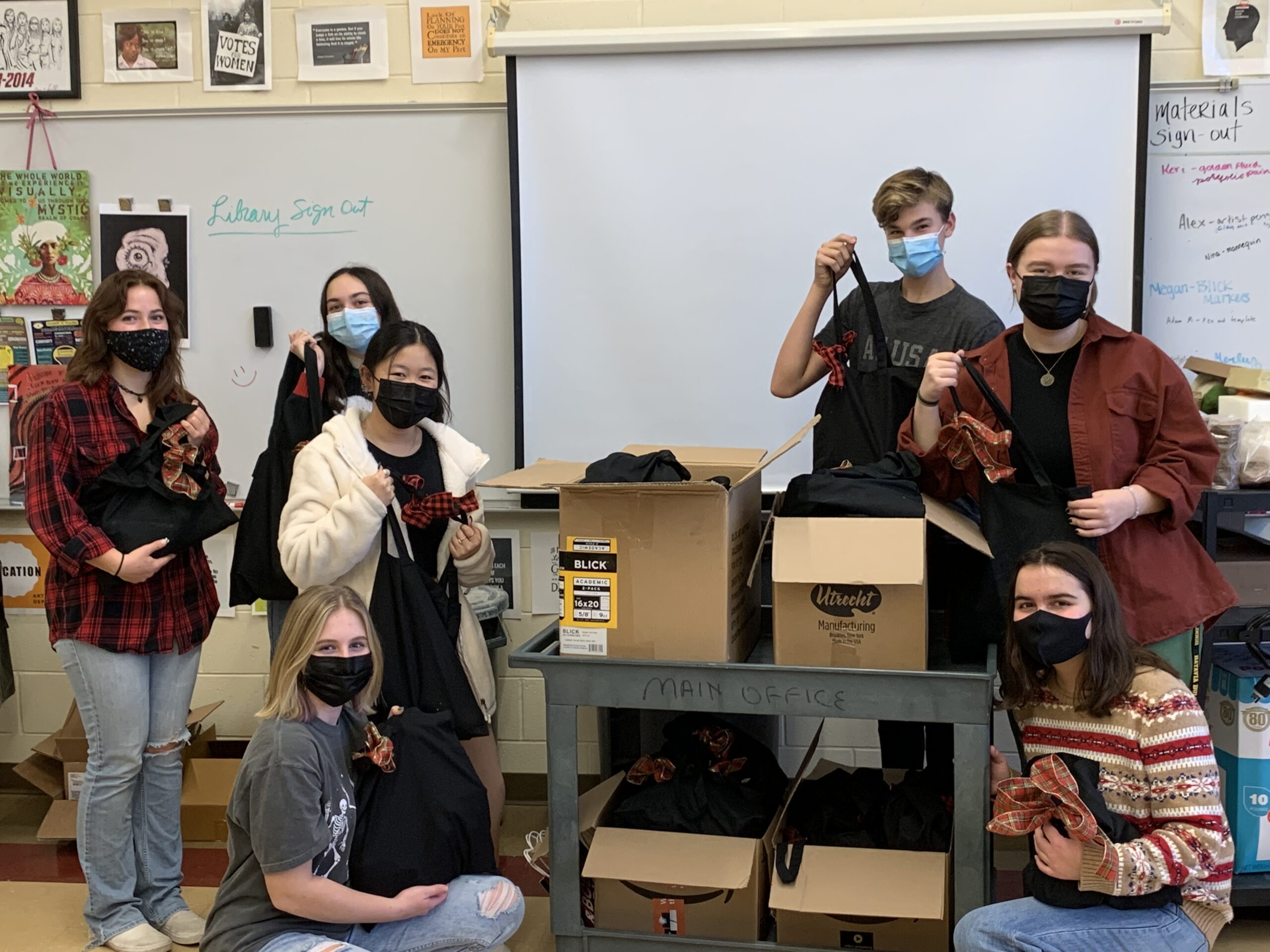 By Nicholas Klann and Mackenzie Corcoran

During Women’s History Month, Girl Up is doing the most to empower women. Girl Up is a club started by a junior at Batavia High School, Maddie Vaja. The goal of Girl Up is to help empower women and educate them about women’s issues.

“Girl Up is meant for people to find a sense of community to help young women and people who identify as women to be supported in struggles that they’re facing and to help educate the greater Batavia population on issues that girls face,” said Dawn Zalkus, club sponsor.

Girl Up also does an array of inspiring events. A recent one was a single mom’s drive. People piled into the art room with fuzzy socks, deodorant, lotion, soap, and much more. People collaborated with putting all of the items into black tote bags to give off to Chip In Batavia. They worked relentlessly for about an hour and made a total of 48 bags.

“We were able to put together almost 50 bags together for single moms, that was we started saying ‘We’ll do ten’, and the way that grew. The things we are capable of are really exciting,” Zalkus said.

Vaja, the president of the club, is a big advocate for Girl Up. She originally wanted to start a chapter of Girl Up at BHS because of her passion for female rights, and the club has since grown. Along with the single mom’s drive, they are also planning on having a period drive in the spring.

Girl up meeting starts with a presentation on the agenda, the Girl of The Month, and the daily activity. The Girl of the Month is an inspirational woman chosen each month that the club learns about and they post about her on their social media. After that, they then go into whatever activity chosen for that meeting. Either writing fervently on posters, writing colorful thank you cards, or having in-depth discussions on women’s issues. They even sometimes do fun events, like Chalk the Sidewalk, where they chalk down quotes from women in front of the school.

The board members are filled with as much passion as their leader. Girl Up board member Katherine Ducoff says that the club provides an outlet for women in Batavia to express what they would like to see change in society.

“We have good discussions about the problems women face in order to uplift them by making them feel heard,” Ducoff said when asked how the club empowers women. Ducoff also advocated for students to join, saying “I really thought it was the best way to help inspire change.”

Even with major accomplishments, sexism still runs rampant in society today. One can see it in schools, the workplace, and even in the home. Whether it is in the form of microaggressions or larger issues, incidents of sexism are still being observed all throughout society.

Zalkus thinks that clubs like these are essential. When asked if sexism still exists in BHS, she said, “There are areas, yes.” She believes that the school – and the world as a whole – has come a long way, but that there is still work to be done in order to reach full equality. Girl Up is planning a new event that will take place in the near future. The goal of this event runs alongside the goals of the club. It will honor and give awards to impactful women in the community. The group hopes their actions will contribute to the alleviation of sexism, because as Zalkus said, “it is not something that has vanquished.”

While Girl Up is still a relatively new club, the impact they have made cannot be denied. Along with helping the community with their events, they have also made an impact on group members.

“Girl Up has taught me a lot. It really inspires me to want to be better and do as much as I can to help,” said Anderson Cornwell, a girl up member. “It has taught me to be a better ally, advocate, and educator for my friends and myself.