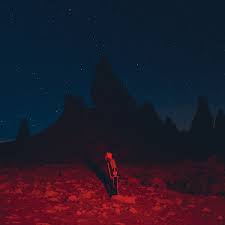 Phoebe Bridgers’ second solo album Punisher skillfully combines musicianship, lyricism, and vocals to create the perfect record for those moments when you’ve hit rock bottom but still want to boogie. This ranking was difficult to make as this is one of those rare records where every song is top-notch. So, just because a track might be low on this list, it is definitely still worth a listen.

This is the last song of the album and it is the perfect ending. It starts off mellow and nostalgic and finishes with screaming backed by trumpets. I mean that literally. This seems fitting, as Bridgers has stated that “I Know The End” is “Kind of just about depression.” It escalates excellently and overall is an outstanding climax for an outstanding album.

Be warned: “Moon Song” is heartbreak incarnate. The lyrics are based on one-sided love that is constantly given by the narrator and rejected by the subject, or more so the narrator’s idea of the subject.  The music is beautiful and the lyrics are gut-wrenching, even for Phoebe Bridgers.

Written as a tribute to the late, great Elliott Smith, “Punisher” is a righteous namesake for this album. The word “punisher” pretty much means superfan, someone who is so excited to meet an artist that they become difficult to talk to. Bridgers is afraid of coming across as a punisher, which is shown not only in her lyrics but also in the minimalistic sound. It’s as if the music is also afraid of being too much. All these aspects combined create a melancholic yet calming tune that I adore.

According to Bridgers, “Garden Song” is a love letter to her personal growth. It’s one of the more upbeat and simplistic songs on Punisher, but it’s still fantastic.

Many of these songs discuss loving and caring for someone who hates themselves, and this is a prime example of that. Bridgers wants to be there for this person but refuses to open up in the same way.

Bridgers makes a bold choice of using a banjo in this song, executing it surprisingly well. Graceland Too is essentially a platonic love letter to her friends, two of which sing on the track. Julien Baker and Lucy Dacus teamed up with Bridgers to create the band boy genius, who are also worth checking out. It hasn’t been confirmed, but many believe some specific lyrics are about Julien Baker.

“ICU” was renamed “I See You,” due to the pandemic and the new connotation with hospitals. The “you” is Bridgers’ ex-boyfriend who is also her drummer and still tours with her! Yikes! Lyrically, this is one of the best on Punisher.

The music in this song is light and fun, but don’t let this mislead you! “Kyoto” is about Bridgers’ mixed emotions towards her absent father. This is shown through Bridgers bouncing back and forth from themes of anger to forgiveness to regret to self-hate, featuring lyrics ranging from outright violence (“I’m gonna kill you if you don’t beat me to it”) to empathy. Because of this, this song can bend to your mood. However, if you have the urge to murder your father, I would strongly suggest contacting Mr. Rollerson.

I’m always happy to see an instrumental spotlighted in a modern album because songs without lyrics are so underappreciated. I just don’t know if this was the right song to start out with. I feel it would’ve been better placed towards the middle as a break from the repeated emotional gut punches of this record.  However, the music in this track does not disappoint.

This track is fittingly heartbreaking, seeing as it is written about a loss in Bridgers’ life. In this song, she is constantly trying to distance herself from grief but also achieves closeness with the late person, wishing for the afterlife to be a possibility just so she can see this person again. The reason I placed this song at number 10 is that the music is not her best. It’s still pretty good, but the lyrics are the main appeal of “Chinese Satellite.”

Don’t be fooled by its low placement, this song is still great. Featuring vocals from Conor Oberst of Bright Eyes fame, “Halloween” is atmospheric. However, I find it slightly repetitive and it just doesn’t stand out as much as the rest of the album.