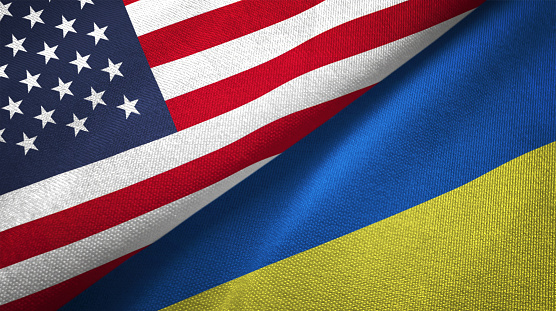 President Joe Biden once said about the war in Ukraine that “the cost of this fight is not cheap, but caving to aggression is going to be more costly if we allow it to happen.” Since war broke out between Russia and Ukraine on February 24, 2022, the results have been devastating. The Office of the United Nations High Commissioner for Human Rights has verified that 2,899 innocent civilians have been killed. Also, atrocities committed by the Russian military such as willful killing, rape, torture, and looting continue to rise. Despite this, the people of Ukraine keep fighting against the Russian soldiers. Thanks to support from the United States and many other countries, hope continues to live on in Ukraine. Because of the success of the Ukrainian military in stopping Russia from capturing the capital of Ukraine, the United States should keep implementing sanctions against Russia, and keep supplying the Ukrainian military.

While the United States is trying to avoid direct conflict with the Russian forces invading Ukraine, ideas have been implemented to supply and reinforce the Ukrainian military, while avoiding being drawn into the conflict at the same time.

One of these ideas the U.S. has implemented is imposing economic sanctions against Russia, which means cutting off the flow of money to Russia from banks and businesses. Added to this, economic sanctions have also been issued against Russian Security Council members, oligarchs, and facilitators of Russian President Vladimir Putin. Secretary of the U.S. Treasury Janet L. Yellen said that this “action, including fully blocking Russia’s largest bank and banning new investment in Russia, will further restrict Putin’s ability to fund and supply his war.”

Besides imposing economic sanctions on Russia and supplying Ukraine with money, the United States has also been supplying the military of Ukraine with weapons to fight off the Russian invaders. The White House says that on March 16, 2022, President Biden announced that the U.S. was sending $800 million to Ukraine. This $800 million package included “800 Stinger anti-aircraft systems; 2,000 Javelin, 1,000 light anti-armor weapons, and 6,000 AT-4 anti-armor systems; 100 Tactical Unmanned Aerial Systems; 100 grenade launchers, 5,000 rifles, 1,000 pistols, 400 machine guns, and 400 shotguns; over 20 million rounds of small arms ammunition and grenade launcher and mortar rounds; 25,000 sets of body armor; and 25,000 helmets.”

Some people may say that the United States needs to put boots on the ground and send soldiers into Ukraine because of the horrors the Russian military has cultivated and because of the deaths of innocent civilians. I do understand this argument; I thoroughly believe that Russia is committing terrible war crimes and must be stopped, but we should take precautions on how far we go. Russian President Putin has warned the United States that Russia has the most amount of nuclear weapons and that direct involvement from the U.S. could lead to nuclear war, and nobody wants to experience a nuclear holocaust.

All in all, while the United States could put boots on the ground and send troops into Ukraine, it’s best to keep supplying the Ukrainian military and impose economic sanctions against Russia in order to avoid full-out war. While these tactics may not end the war quickly, they will cripple Russia, and give the people of Ukraine hope and a chance to emerge victoriously.