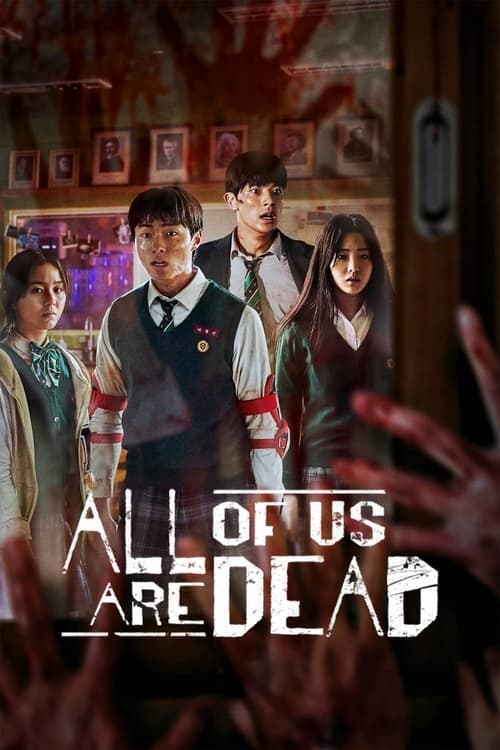 This January, Netflix’s original Korean zombie series was aired. The show develops a thrilling and realistic story of zombies and people who try to survive and pursue peace while experiencing a dreadful tragedy.

This series is set in a typical high school in South Korea, where many present day highschoolers live their school lives without any problem. The story goes on focusing on a boy and a girl who have known each other for a long time and grew up together but are not in a relationship.

A biology teacher in the school has invented a certain type of virus, which changes creatures into zombies in a second, and tested it on his own family and a mouse. He was keeping the mouse in his school laboratory, when a random student who had gone into the laboratory was bitten by the mouse, which resulted in the horrible spread of the virus.

While the virus is infecting many people in the town as well as many high school students, one student group which includes the boy and the girl, managed to escape from the virus, even though there was some tragedy that some friends from the group, their own family members who live in the town, and the boy got infected.

Throughout the entire story, you will feel that zombies are real, although actual humans are playing zombies. Their bloody makeup and zombie-like acting is so realistic and scary that I could not watch it at night alone in my room. Since the actors’ performance is awesome, you will be surprised how they changed from normal humans to zombies.

As the story evolved, interaction between students in the group gradually changes. At first, they are panicked because of an unexpected terrible situation that they have never experienced before, which results in conflicts between them. However, as they overcome hard situations, their bond deepens, helping and encouraging each other. It is interesting to see how they become cooperative aiming to survive throughout the story.

All of Us Are Dead entertained the audience by giving refreshing thrills. The show ended up hitting No.1 on Netflix for 17 days. When you are looking for a horror series to watch, this show should be the best choice.