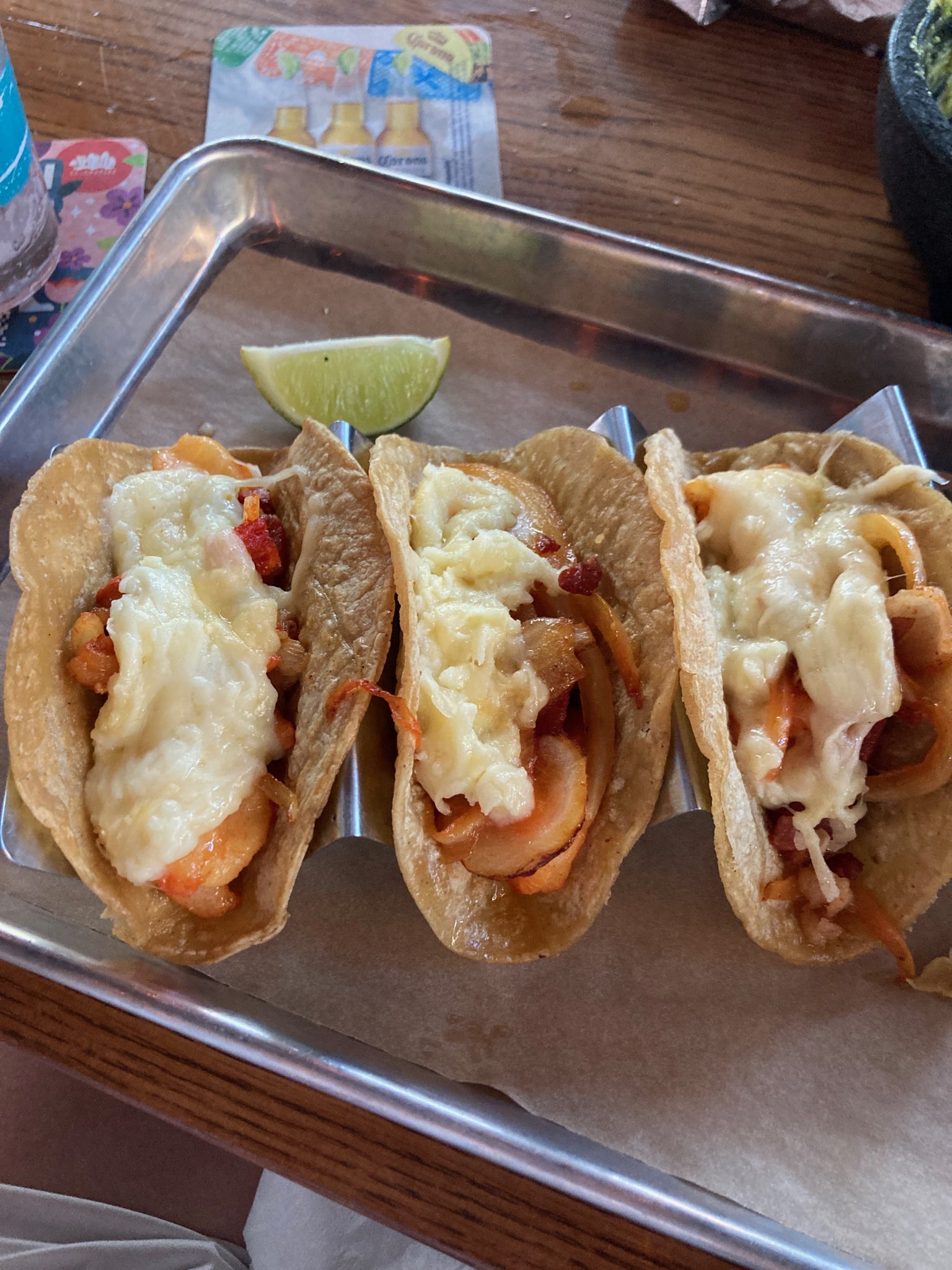 May 5th, also known as Cinco de Mayo, is a very popular night for Mexican Restaurants within the Fox Valley Area. I joined in on this and tried a Mexican restaurant that was recommended to me.

La Mesa is a modern Mexican restaurant located in downtown St. Charles near the Fox River. Parts of my dining experience were very enjoyable and other parts deserve a do-over. I went to La Mesa on Cinco de Mayo, a very busy night for Mexican food. Most people sat outside, but I chose to sit inside after playing a soccer game in the heat. We were seated right away, even for as busy of a night as Cinco de Mayo.

Throughout the night I ordered a virgin strawberry margarita, chips and guacamole, and the Jefe tacos. Our server wasn’t the friendliest; however, he got his job done. After I drank my virgin margarita, I got water and ran out and our server didn’t refill it for the rest of the night. When we got the check, I asked for a box and he also forgot that, so I had to ask another server if I could get one before leaving.

My total came to be $35 for average food. The chips were freshly made and warm. The guacamole was decent, but I felt like it needed more lime in it. The chips and guacamole were $9 and I felt like this was worth the money. The tacos were also reasonably priced with four tacos for $14, which is a better deal than most Mexican restaurants I have been to.  I ordered the Jefe tacos, which came with grilled shrimp, onion, chihuahua cheese, bacon, and Arbol salsa. I ordered it without the Arbol salsa in fear that it would be too spicy for my liking. The bacon was a bit of a weird aspect to the tacos, but I decided to try it anyway. There was a disproportionate amount of cheese and onion, with too much of both. The tacos fell apart while I was eating them, making for a very messy meal.

Although the food did not meet my standards, the strawberry margarita made up for some of it. Next time I come to La Mesa, I will probably play it safer and get classic carne tacos, but I will for sure be reordering the virgin margarita and the fresh chips and guacamole. I rate it a 3/5 and am happy to try it again.