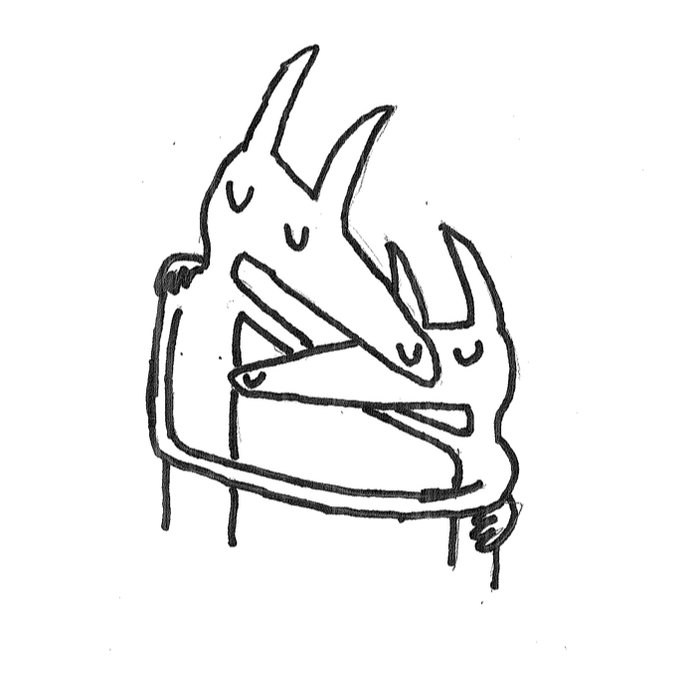 The 2018 album “Twin Fantasy” by indie-rock band Car Seat Headrest is a concept album in which the lead singer Will Toledo sings mainly about a relationship of his. It explores many topics such as love, youth, and insecurity. It was originally recorded in 2011 by Toledo in his college dorm room. Seven years later after forming the band Car Seat Headrest, the album was re-recorded track for track, now with more talent and resources.

“My boy, we don’t see eachother much”

The album’s opener is a simple and short song called “My Boy (Twin Fantasy)”. The song doesn’t have many lyrics, but in my opinion, it is a nice tune to start off the album with. It starts off nearly an a cappella with just the singer’s voice and ends as a loud ballad with plenty of rock instrumentals. The song changes drastically from beginning to end with the same exact lyrics which shows just how compelling music-making can be.

“It’s not the sadness that hurts you, it’s the brain’s reaction against it”

The second song on this album: Beach Life-In-Death is a big change from the short and steady tune of the first song. With a runtime of 13:18, there are many choruses and verses which include themes of heartbreak, mental illness, and growing up. The first instrument heard in this song is actually not an instrument at all: it’s a can opening. This unexpected sound seamlessly leads into a gritty, yet steady, guitar riff. It eventually becomes a powerful ballad full of emotion. I saw Car Seat Headrest in concert last month and this was probably the greatest song to see live.

“Stop Smoking (We Love You)”

“And we don’t want you to die”

This is the shortest song on the album which makes sense because there are just 12 words of lyrics that repeat throughout the song. The singer is speaking to someone he deeply cares about to try to convince him to stop smoking, as he is worried, presumably, for his health. With a simple melodic tune accompanied solely by acoustic guitar, the author is being very vulnerable in expressing his unhappiness with his partner’s vices and wishing to change him.

The main themes sung about in this song are depression (as well as mental illnesses in general), self identity, and heartbreak. The slow and moody verse eventually leads to a fun, light-sounding chorus. Although it’s catchy, the chorus is anything but lighthearted with lyrics like “don’t think it’ll always be this way, not comforted by anything I say.” The song ends with the same line “don’t worry, you and me won’t be alone no more” repeated many times. This repetition of lyrics at the end of the song is a pattern found in some of the others on this album.

“Most people are jokes but you’re so real”

This soft-rock tune explores topics of identity, anxiety, self-esteem, and unrequited love (certainly a pattern on this album). It includes childhood motifs such as the lyric “you never raised your hand” which depicts a school setting and implies insecurity that stems from youth. The energetic sound of the song eventually turns into a long spoken monologue by the singer. It almost sounds as if it’s a stream of consciousness because of the difference in lyrics from the beginning to the end of the monologue. It talks about far out concepts like a “pain star” that only comes around every 1,000 years and trails onto the singer pondering over his travels in the past year, with just light percussion accompanying his words.

“There’s no devil on one shoulder and an angel on the other, it’s just two normal people”

The sixth track on this album starts with a fun, upbeat percussion tune which continues through the verse until the chorus. The chorus is an energetic tune that makes you want to belt it at the top of your lungs, with the lyrics “don’t you realize our bodies could fall apart at any second.” If the creators’ intention was to make people dance to this song, they were successful. At the concert I went to, this song had everyone dancing as hard as they could. Perhaps ironically, this upbeat song’s lyrics deal with themes of insecurity, desire, and youth.

“When will we walk in each other’s majestic presence?”

This lighthearted, pop-rock song is a change in pace from the heavy-feeling ballads. Its upbeat tune and fairly lighthearted lyrics about love and youth are a nice addition to the album. I would say this song stands out as the most different from the others on the album, but it works well to add a dynamic element.

“Keep smoking, I love you”

Earlier in the album was the song Sober to Death, which foreshadows the eighth track High to Death. In this song the singer describes a bad experience he had with drugs. He is also forgiving his partner for his bad habits like smoking, instead of trying to change them. It is a song about accepting vices for the sake of love. Experimental aspects can be found in the song like a child’s voice which sounds as if it’s from a memory. The seven-minute song ends with a voicemail of an art student describing her work.

“The ocean washed over your grave”

The longest track on this album appears second to last on the tracklist at 16:10. It changes tunes throughout 16 minutes but can mainly be identified by the soft piano instrumentals and slow lyrics. Connections between songs can be found all over the album including this song which repeats the line “the ocean washed over your grave” which is also heard in Beach Life-In-Death, the second song.

“I hadn’t looked at the sun for so long, I’d forgotten how much it hurts”

The sun is a major symbol in this closing song of the album. More repetition of lyrics appears in this song as “when I come back you’ll still be here” is sung 8 times towards the end. In the middle of the song, almost abruptly, a spoken monologue tells the listener that “it is just a song.”