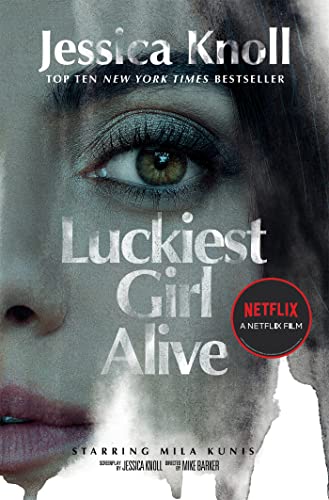 Luckiest Girl Alive, a new Netflix film, is another book-to-movie adaptation failure. Since its release, the film has spent all of its time on the Netflix Top 10. The book, following the same name, was written by Jessica Knoll, came out in 2015, and spent four months on best-seller lists. It follows the story of TifAni FaNelli (Mila Kunis), an established New York magazine writer who is engaged to a blueblood fiancé (Finn Wittrock) and on her way to erasing the traumatic past she experienced as a teenager (played in the flashbacks by Chiara Aurelia). The book alternates between the past and the present, allowing the story to unfold over a larger period of time. The plot deals with very heavy and dark topics not suitable for every reader and moviegoer. I read the book last spring, so it’s still fresh in my head. I wasn’t a fan of the movie, not due to the content, but the way it was written and portrayed on screen.

Although there are negatives to the film, the cinematography was visually appealing and reflected the darkness of the topic at hand. The choice of many scenes having FaNelli caught in a glance give insight to the thoughts going on inside of her head. I enjoyed how they kept the aspect of going back and forth as Knoll wrote it in the novel.

The plot of the book was covered up by the vagueness of the movie, yet there were some parts of the film that made up for it. Kunis was, in my opinion, the perfect person to play this role. She had a level of mystique that others would not have been able to portray. She had the powerful and convincing nature it took to convey this story as it should be. She flawlessly fit the character I had in my head while reading the book . The casting choices among all characters were very accurate to the descriptions that Knoll used in her writing, which I think creates a big plus for the movie. In the book, I thought FaNelli was an annoying and unlikable main character; however, the film completely changed my mind.

The biggest critique from me was the lack of detail in the film. The movie was on the longer side at around a run time of two hours; however, I think that this wasn’t enough to do the book any justice. Key details and important relationships between characters were overlooked and didn’t allow for the explanation of certain events. The friendship between FaNelli and Arthur Finneman (Thomas Barbusca) was not explored in the movie, leaving the reason for the events that took place unknown to viewers. If reading the book first, the movie is frustrating because of all the information the filmmakers left out. A book-to-movie adaptation is supposed to give fans a visual behind a text they read and this movie wasn’t enough for me. If watching the movie without knowledge of the book, it is a decent film that covers painful and very upsetting topics. I know that giving the film the same amount of detail as a book is not feasible so take what I say with a grain of salt. I think that the filmmakers did not allow for the deeper story that went on in the book to be explored and, therefore, I will leave this movie out of my watch again list.