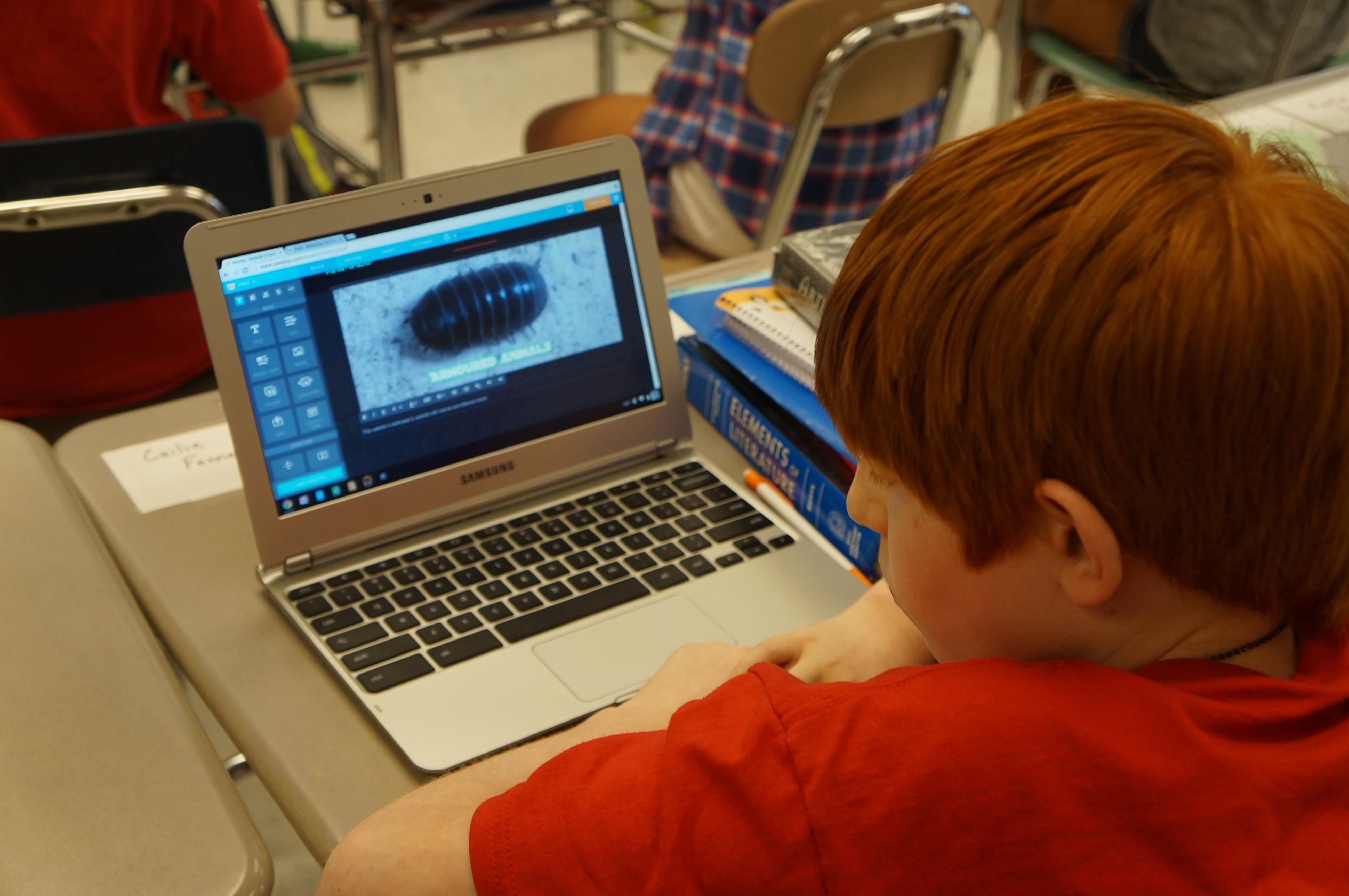 The school board met on March 25 to discuss the expansion of the 1:1 pilot program with Chromebooks at the high school and at the middle school for grades 6-8.
In the fall of 2013, the school board approved the 1:1 pilot program to be expanded to the middle school. This means that there was a Chromebook for every sixth grader at Rotolo Middle School, and previously they had used the 1:1 pilot program for fifth graders at Alice Gustafson. Many sixth grade teachers expressed their positive opinions about the new use of Chromebooks. For example, RMS language arts teacher Jeff Thomas told BPS101 about how his sixth graders used their new Chromebooks to create websites for a class project in an engaging way instead of using construction paper like they used to.
“I’m really proud of the direction the district is taking with really moving forward with technology,” Thomas said. “Our mission is ‘always learning, always growing’ and that’s exactly what we’re doing with this.”
Because of the extreme success with the 1:1 pilot program at the middle school, they proposed to bring it to the high school. According to school board president Cathy Dremel, integrating technology into the high school is a good way to prepare students for life after Batavia High School when they need to be able to navigate technology in their lives. This will also open up new and exciting opportunities for teachers to try new things with their lessons in class, and it helps if the students and teachers are all using the same technology.
“Although many students have access to technology, not every student has the same economic advantages,” Dremel said.
Cost is one of the biggest concerns for this new proposal. Student costs for Chromebooks would be $75 annually or $150 for two years. The students lease the Chromebooks, the school subsidizes it, and the students will be responsible for any damage or loss. There are opportunities for fees to be waived or reduced if a student is at an economic disadvantage. Students must also get a new upgraded Chromebook every two years which would not increase the $75 fee. However, this causes concern from families with multiple children in school.
So what are Chromebooks? According to CNNMoney, they are cheap and moderately powered laptops made by Google. They’re a new type of computer with everything built in and they update all on their own. Chromebooks have a wide range of prices depending on the model, but according to school board member Jon Gaspar, the cost of expanding the use of Chromebooks to every student at the high school is about three-hundred dollars each. This totals to roughly six-hundred thousand dollars for all of the Chromebooks.
How the expansion of the 1:1 pilot program would change curriculum is unknown at this point, but there are already a variety of programs that students will have access to with the Chromebooks which will have a positive impact on learning in the classroom. For example, Dremel mentioned that there are a variety of math programs which allow you to get immediate feedback on practice problems, accuracy, and see problems done step by step.
“This would not be an overnight change,” Principal JoAnn Smith said. “Curriculum development and implementation takes time. There are systems in the district in which curriculum is developed, approved by the Board of Education, and implemented in classrooms.”
Teachers would have to begin preparation for this change by administrators and a technology support staff. Principal Smith said that the district also has an instructional technologist to assist teachers, along with training and professional development.
“The focus remains on the goals for teaching and learning, the experiences we want students to have and the skills we want them to acquire,” District Instructional Technologist Angie Sutherland said. “If we focus planning around the technology it would be like planning an entire lesson around a marker.”
It is being discussed to implement the Chromebooks at BHS and RMS for the school year of 2014-2015 for a 1:1 student-Chromebook ratio.
“One to one technology is the future of education,” Dremel said. “It gets technology into every students’ hands. It offers our teachers a chance to continue offering dynamic and meaningful curriculum that is current and relevant to student. It allows for creativity by both students and educators, and gives everyone a consistent experience.”