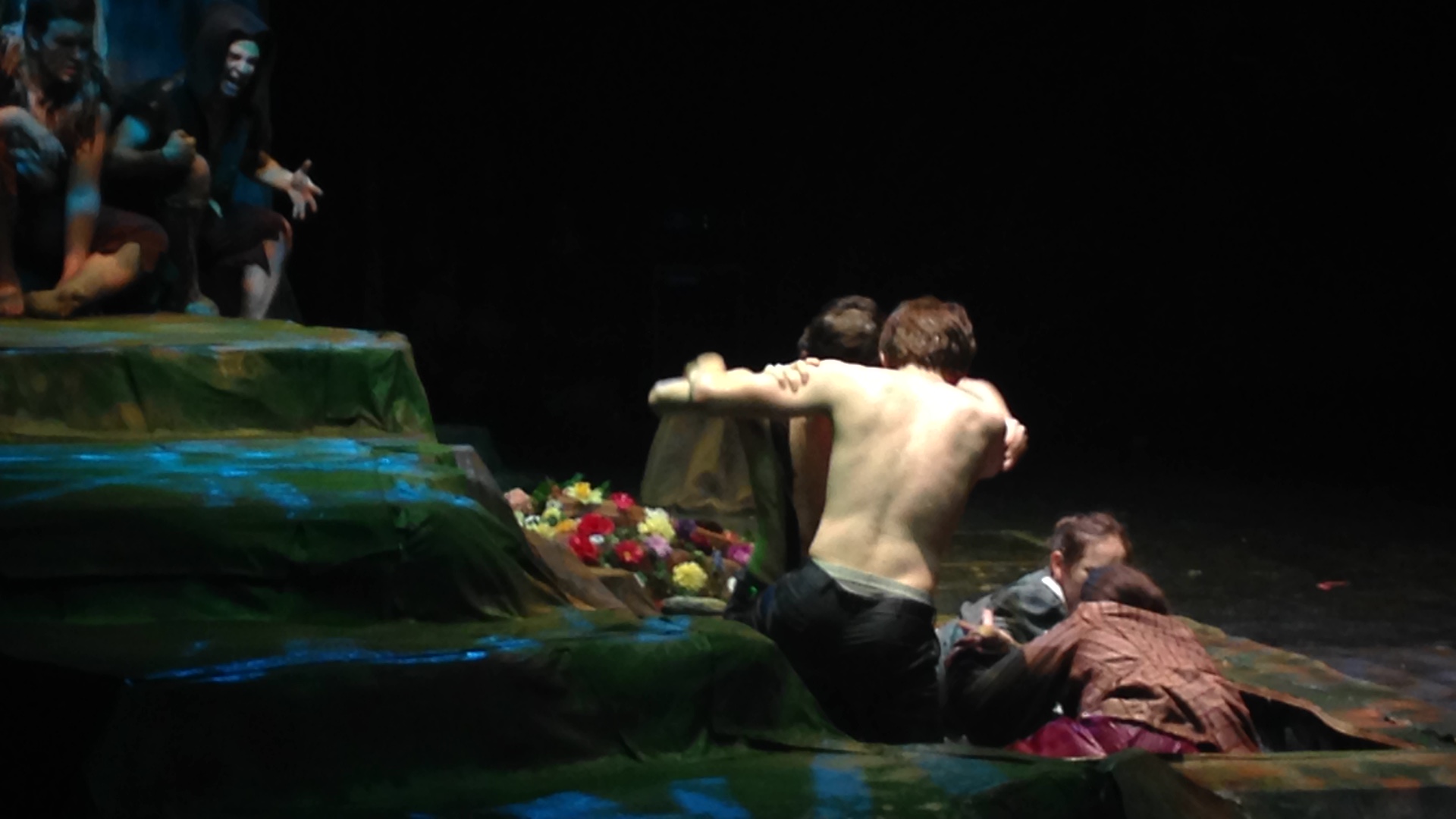 Batavia High School presents the comedic tale of Shakespeare’s Midsummer Night’s Dream this weekend, spinning the audience a tale of lovers and magic and mischievous misdoings for their viewing pleasure.

This version of the play was adapted and directed by Joshua Casburn, the Theater Arts Director at the high school. It’s been a few years since Midsummer was put on at the high school, and the last time it was performed in the then “cafetorium,” before the Batavia Fine Arts Center was built onto the high school.

“With these auditions, how Batavia does their auditions, is they do not ask you to audition for a particular role,” said Jamie VandenOever, about her hopes when trying out for the play. “They have a large casting process where they put you in the roles that they picture you in, but if I said I didn’t walk into the audition hoping to get Titania, I’d be lying, because I absolutely adore her role. And to see my name next to Titania, I was so elated to think that I got what I was setting my heart on. Which you’re not supposed to do, but I did it anyway!”

When they’re getting ready to rehearse on the main stage, the actors spend about an hour on the scenes each day of rehearsal, running lines, or working out blocking (simply, where they go and need to be on the stage at any point in time), with short 20-minute breaks to socialize and do homework.

“If we’re running a scene that the lovers are in, we’ll go in and go from wherever Casburn says, and just go through the scene as best we can,” said Emily Smith, who plays Hermia. “And he’ll stop and give us notes, or we’ll just run through the entire thing, working on blocking and our motives for saying things and doing certain things.”

The lovers’ actors spend a lot of time with each other, going over lines, running blocking, and generally being goofy friends. The entire cast, as with any play, have had a lot of time to get to know one another, and the crew members, even having only joined this cast within the last week or so, are accepted into the fold, as well.

“I love working with the other actors, they’re my other family,” VandenOever said. “They’re always cracking jokes, always making me feel accepted, and I honestly love each and every one of them to death. And not just our other actors, but crew members as well.”

“It’s nice because I feel like I can talk to anyone in the cast or crew, just any of the people in the court, or the fairies, or the Mechanicals, I am friends with everyone, I have friends in all groups,” Smith said.

The lovers interact with each other so often, that their dialogue usually revolves around one another in one way or another, and so each actor has a favorite line they enjoy saying or reacting to during a scene.

Helena, played by Meghan Tucker, said about Hermia, “though she be but little, she is fierce” which both Smith and Tucker enjoy playing out.

“I’ve always been short and everything, but it’s kind of fun to be ‘fierce’ sometimes,” said Smith.

When asked about the play, most agree that the lovers’ fight scene will be a big hit with the audience.

The actors have a lot of fun with the Shakespearean language, and with insults like, “you acorn” “canker-blossom”, “juggler”, “painted maple”, it’s hard not to burst out laughing while they fight onstage.

Fun fact about the lovers’ fight scene: the boys had broken quite a few prop parasols while “sword-fighting” before the show even started. Another one: before they used what they have on stage now, they were using tennis rackets, and those definitely did not break.

Most props were nabbed from the prop closets located around and under the BFAC, such as the desk used for the prologue scene in the modern classroom. The thrones for Hippolyta and Theseus, and other, smaller props, were borrowed from Northern Illinois University. There were many our prop master made herself, such as the leather scripts for the “actors” putting on Pyramus and Thisbe. The flowery blanket that covers Titania and Bottom as they sleep took over 5 hours to make, with hot glue burns to prove it. The costumes were rented from the All Dressed Up customers, and the original designs were created by a student at BHS.

“I really think that to put such a big show on,” said VandenOever, “that everyone’s expecting such classical elements to come through on a lot of work to break the normalcies that you are expecting from this production to put something truly special together.”