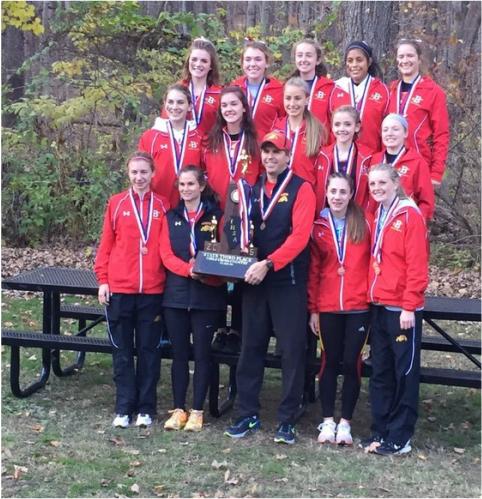 For the second time in BHS history, the girls’ cross country went to state, and to no one’s surprise the girls did an amazing job at bringing the winning home by finishing third, the first time in school history that the team has finished in the top three. The girls’ average three-mile running time was 17:32.39, good for a score of 175, which finished behind Naperville North and Minooka.

“I think the biggest accomplishment is definitely third at state for the team this year,” Golden said. “That is what we have been working for all year long and even after we won first in some of our meets earlier in the season everyone knew that there was still bigger things to be accomplished later in the season.”

The girls have been working really hard this year and were ranked 19th in the nation entering the state meet. This year for the cross country girl has been one of the fastest and most achieved for the girls.

To celebrate,  the team had a police escort through town along with being able to celebrate their winning with the mayor of Batavia. On Wed., Oct 11 BHS students celebrated the team’s accomplishments at an all-school assembly.

Even though the team did well, the girls are already looking forward to next season.

“My season has been okay this year, a lot better than last year but I think there is a lot of room for improvement in my future years of cross (country) to get my times down and hopefully place lower in state,” said Golden.