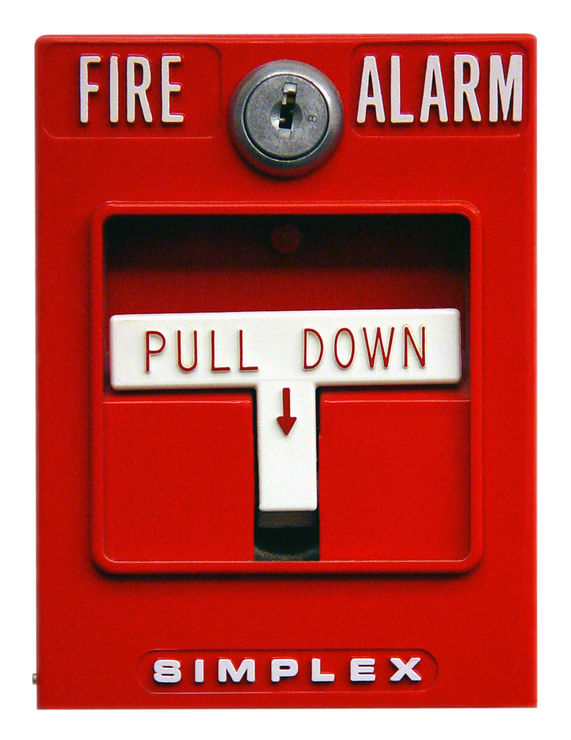 Faulty parts in the fire alarm system made a fire drill at Batavia High School go awry on Nov. 19. The school was unable to successfully reset the fire alarms until third block, resulting in additional alarms and constant flashing. Around 9:00 a.m. the fire alarm first went off at BHS. It was a routine procedure that many of the students had done before. It was a cold morning, the wind chill was at 27 degrees, and most students did not have a jacket. After about 10-15 minutes the students were allowed back inside the school.

Then alarms continued flashing after the drill had finished, and some teachers commented saying that the school was in the process of resetting them. The flashing continued throughout second block, and ended during Bulldog Hour. An administrator said that they were having trouble with resetting them. Nearly every classroom had a fire alarm that flashed. The only places without were the A hallway and closets. Near the end of Bulldog Hour the alarm rang another time, which resumed the flashing.

“The school-contracted Alarm Detection Systems in cooperation with the Batavia Fire Department was working on the fire alarm system,” said Joanne Smith, principal of Batavia High School. “One of the parts was faulty, thus causing the problem with resetting.”

The school decided that it would be safest to send home the students who suffered from epileptic seizures, as the flashing lights could have potentially triggered something. A handful of students also went to the nurse’s office with complaints of headaches, migraines, and nausea. The nurse’s office featured the flashing lights as well; therefore it was not much help to these students.

Smith said her biggest concern about the faulty alarms was if it caused “any interruption in the educational environment.” The flashing finally ended sometime during third block. Some students, like Parker Weber, said it was a distraction. Others, like Jason Sarik, said it was not distracting at all, and that teachers had made little to no comment about it.  Sociology teacher, Andrew Ray, had said that the flashing gave him a bad headache.

Some students claimed that the alarm rang as many as six times, while others counted only two or three instances. After the first drill, students were informed to not evacuate the building when additional alarms went off. Most students followed this command, while a few left the building.

“A drill is a pre-planned event in coordination with the fire department. This was not a planned drill,” Smith said. “There was, however, no fire or fire danger in the building on Thursday.”

The Illinois School code has a requirement of three evacuation drills per year. So, Batavia High should be expecting another drill before the end of the school year.