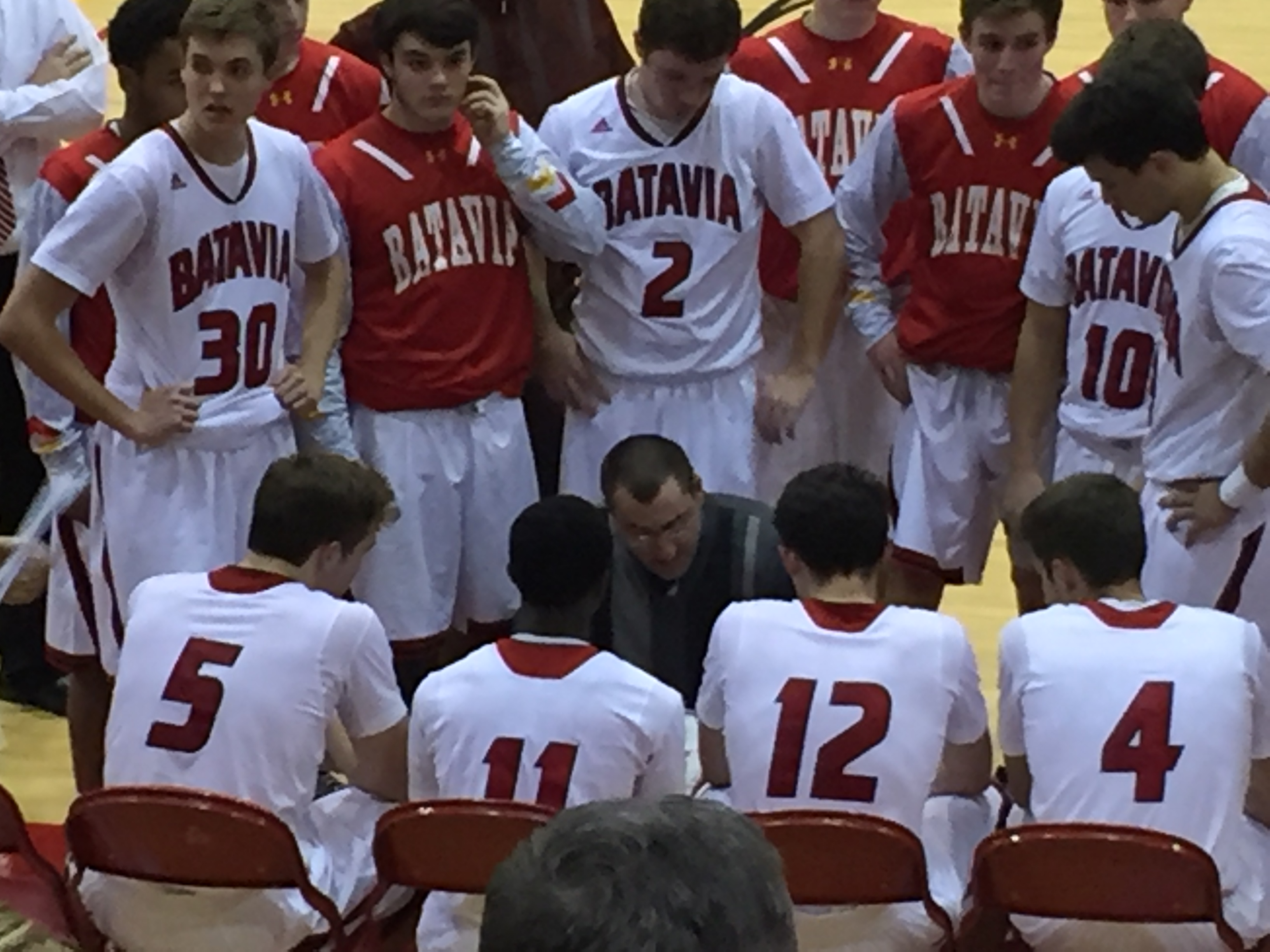 The buttery smell of popcorn, the popping of soda cans, the swoosh of the basket, feels like home for Coach Jim Nazos. After being in Batavia for five years, Coach Nazos has really made a name for himself.

Nazos has been coaching at Batavia since 2012 when Hall of Fame coach Jim Roberts retired from coaching because he wanted to spend more time with his family. While Roberts had 455 wins over 27 seasons, Nazos had 178-150 at Wheaton North High School with with three regional titles. Nazos has created a feeling of a brotherhood for the team and their work ethic has already rewarded the players this season by beating St. Francis.

To continue the success of the team Nazos wants there to be a feeling of a brotherhood.

“It’s about being apart of something that is bigger than just one person,” Nazos said. “A tradition, a sense of belonging to something that is like no other. It’s about representing yourself as a person in the community, classroom and court the right way. It’s about always embracing the process. Working through struggles and always striving for more.”.

When Jim Roberts left, there was a shift in the coaching, obviously, including a different offense and defensive strategy. But the jerseys with sleeves, striped warm-up pants, and community feel will never change.

“I love the school, the community and the family feel that it brings into the basketball program,” Nazos said. “It’s unique and it’s dying in most places but it’s still very much alive in Batavia. We can’t lose this. In the program, I feel we have coaches who care on all levels about the players as people and not just basketball players.”

But with such a successful program comes high expectations.

“This team this year has a high ceiling and we have great senior leadership with a bunch of juniors who will work hard and follow,” Nazos said.

After a good start to the season at Batavia’s annual Ken Peddy tournament Batavia goes into its conference games, which could be season defining. After beating St. Charles North in a close 62-56 game , Batavia feels confident about other conference games in season.

A brotherhood is only possible if the coaches can connect with their players and want to be with them. That is nothing but the truth for the Batavia Basketball coaching staff.

“There is no where else I want to be,” Nazos said. “These guys are like my kids.”

Batavia hasn’t won a state championship since 1912. Though other teams have made other achievements through the years like conference championships, regional championships and deep runs into the playoffs.

“With hard work anything is possible with this group of kids,” Nazos said. “They just have to put in the work