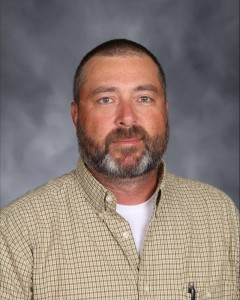 Mark Gianfrancesco is the varsity boys’ and girls’ soccer coach at Batavia High School. He’s worked at BHS for 18 years but has been coaching for a total of 22 years. For 17 years, he coached boys’ high school soccer and this year will be his fifth year coaching girls’ high school soccer. “Coach G,” as his players call him, has three kids who are all involved in different sports but are all involved in soccer.

Q: What fun things do you like to do in your free time?

A: “I like to travel around with my family.”

Q: Do you have any kids? If so, what sports do they play?

Q: Wow! What’s your favorite sport to play or even watch?

A: “It has always been soccer and even volleyball. But to watch, it is soccer.”

Q: Did you ever play soccer?

A: “I would hope so!  I started playing at six years old and played on several travel teams growing up in Massachusetts, New Jersey before moving to Illinois.  I played at Wheaton Central High School, which is now Wheaton Warrenville South.  In Illinois, I played for the Wheaton Wings and Sparta.  I played in college at Western Illinois University.  The positions I played growing up were mainly center mid and center defender/sweeper.”

Q: Did you ever attend as a student at BHS?

A: “Nope but we played Batavia when I was in high school and did quite well.  My last high school game was against Batavia in the sectionals.”

Q: That’s so cool! How did you first get involved with the sport?

A: “Living out East I began playing at around six years old and my mom was my coach.”

Q: How would you say soccer makes you feel?

A: “Well different as a player, coach, parent, and spectator, but there are many similarities as well.  I enjoy the competition. It makes me excited and nervous all at the same time!”

Q: How many years have you been working at BHS?

A: “This is my 18th year teaching at Batavia high school, but I also subbed/hall monitor/coached to getting a teaching job at BHS.”

Q: What made you want to start coaching soccer?

A: “When I stopped playing in college soccer left a bad taste in my mouth and I wanted to see the game in a different way. Coaching was that avenue.  This rejuvenated my passion for soccer and I was hooked from that point.”

Q: Have any fears?

A: “Specifically related to being a soccer coach is the fear of not having my teams prepared enough for each competition.  I want to help and prepare all my players to be successful and confident when competing.”

Q: If you could meet anyone famous who would it be?