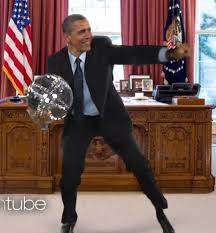 2015 was a wild year to say the least. As this momentous year comes to a close, it is always in our best interests to reflect on all that made this year what it was. Let’s take a look at the student trends around BHS in 2015.

Are you a vape God? This popular trend of flavored water vapor has grabbed the attention of the country. The attraction of vaping is mostly drawn to the tricks you can do with it. From blowing O’s, making tornados on a table, or simply creating a huge cloud, people love this form of entertainment.

No, people are not sneezing every time they do the dab. The dab is similar to any common dance trend; no one really understands how these trends start or even how they become so popular. Artists spot these trends from a mile away and by adding them to a song, they draw the attention of teens and young adults easily. The dab became popular across the country in the last months of 2015.

Step back skinny jeans and flannels. Welcome back flared printed pants and halter tops. Teens of 2015 are having a blast from the past. Last year, you could rarely find clothes of a hipster, but now even the white girls of Abercrombie are getting in on the 70’s-80’s buzz. Suddenly your mom’s bright orange flare pants from her teenage years don’t seem so far fetched of an outfit inspiration as it used to.

Since when has a picture of a blueberry been so artsy? I guess you could chalk it up to the incredible filters of the widely popular Vsco app. Vsco is unlike any other social media in that it is a place where even the most unartistic of people could find something random and make an awesome picture out of it. Though you can see your own followers, you cannot see how many followers other people have making the pictures the focal point.

The Ugg boot is now a thing of the past and replacing it is… the construction boot? White girls far and wide are now buying into the more interesting style of 2015. Most people who are wearing construction boots are not actually working in construction I hate to say. But hey, if someone needs help chopping wood there will be a lot of people ready to go!

Despite the recent bacterial infection backlash of the popular burrito chain Chipotle, it cannot be denied a top spot in trends of 2015. The likelihood that you will actually be infected depends on which location you choose to chow down. Prior to this outbreak, Chipotle was a major destination for anyone looking for extreme amounts of marvelous tasting food. I will admit this: when leaving Chipotle it is hard to not go home stuffed like a Christmas ham.

The future is finally upon us! Well, something like that. In the past we’ve had skateboards, ripsticks, and motorized razor scooters. Teens of America have found a new favorite form of transportation that involves zero physical effort except that of a bend of the ankle. People refer to them as hoverboards, but they don’t exactly “hover”, They roll. As long as you are not worried that your hoverboard will spontaneously combust, these segways without handlebars are pretty fun to ride.

Don’t worry, if you want to jump on the converse bandwagon you can probably find a pair of vintage sneakers in the back of your grandpa’s storage closet from the “good ole’ days.” Converse have been popular for a very long time but have especially become widely worn in the last year. You probably will find a pair on every fifth person you see. Whether you like to lace them all the way up, or go for the halfway down look, there is no wrong way here.

Ringing in the new year, of course, is the Whip. No surprise here, the whip takes the top spot because you probably haven’t gone a day without hearing “Now watch me Whip” or seeing a tragically uncoordinated person attempting to hit the whip. We all know those parents and teachers, seemingly in a midlife crisis, taking their best shot at the Whip. We’ve probably all tried to hit the whip but sadly, not all of us are as skilled at the whip as others. To all of the people horribly failing at this dance craze, whip on, maybe one day a dance move will come along that you can do without having any rhythm at all *cough dab cough*.