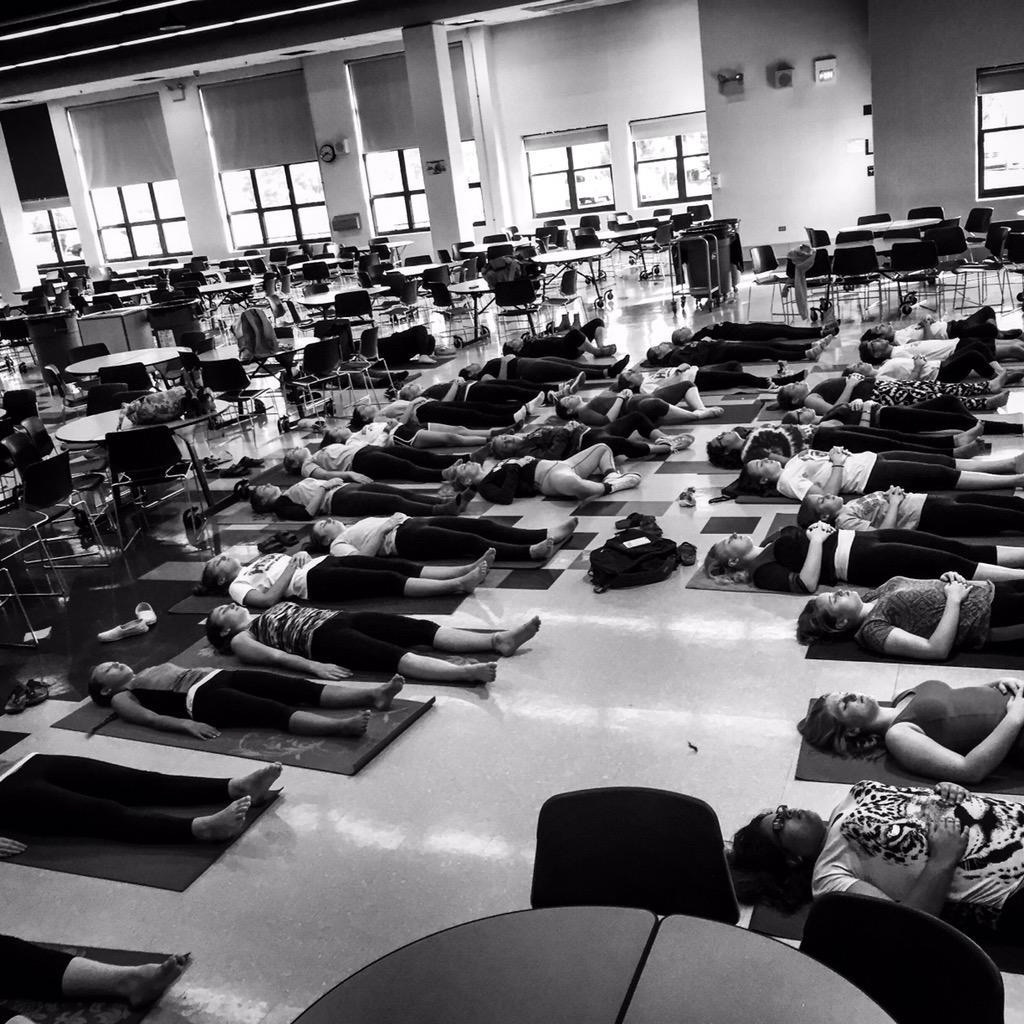 Who are all of these people with Yoga Club sweatshirts? I am sure many of you have seen these walking advertisements. But what is Yoga Club?

Over 60 people at Batavia High School are practicing yoga every other Wednesday in A101 with Yoga Club. This club is probably what you’re thinking it is- a group of people gathering to practice yoga.

I talked with Cheyenne Fields, Yoga Club President, about some of the details of Yoga Club. Fields described Yoga Club as a “judgement free zone where anyone is welcome.”

Yoga Club is sponsored by Lauren Karalis, a math teacher at Batavia High School, and a certified yoga instructor. Karalis focuses her 45-minute sessions on shutting out the outside world and focusing on club members. Yoga Club is a place for students to go to get their mind off of anything they might be worrying about.

One member of Yoga club, Breigh Jefferson, said the club has “helped her relax when school becomes very stressful.”  This break from everyday life is the purpose of yoga.

“Many people think you have to be flexible to practice yoga; you don’t,” said Jessica Abdelnour, Yoga Club President. “When you’re at Yoga Club, it doesn’t matter if you’re with your best friends or strangers, everyone feels apart of something.”

The demographic of Yoga Club is very widespread. Many athletes attend the club, whether they are in season or out of season. Even if a student isn’t an athlete, they can join the club. Participants also do not need any prior yoga experience.

Yoga Club isn’t only at BHS, but it is also apart of the Batavia community. In December, the club took a trip to Shine, a yoga studio on River Street in downtown Batavia.

“Going to Shine was a great opportunity for the new yogis to experience yoga in a real studio,” Fields said.  “We had such a relaxing time and are looking forward to another trip in the near future.”

At a typical meeting they start yoga at 3:00 and begin with a child’s pose, meant for relaxation. The remaining 45 minutes is a series of positions led by Karalis.