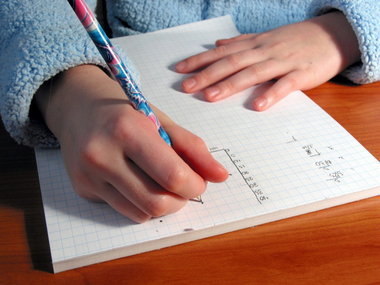 Students are in need of a longer, not shorter, Bulldog Hour.

If you are a student, teacher, or administrator at Batavia High School, you might have heard about the new time change for Bulldog Hour. The teachers and administrators have recently been discussing this topic and are attempting to make a compromise.

Bulldog hour will take place after block two and will act as a “study hall”. Although, instead the usual full hour, the administrators have shortened this time to forty minutes. Along with that, students will have a five minute passing period after block two and after the forty minutes is up. Then A, B, and C lunch will remain the same, only with different times.

Unfortunately, as much as the faculty may want to shorten or drop Bulldog Hour completely, the students beg to differ. Before the teachers and administrators make a final decision, they should take the students’ opinions into consideration. My middle ground would be to slightly shorten the length of Bulldog Hour but include this “hour” twice a week.

Many of the students attending BHS use Bulldog Hour to their advantage. It would be a mistake to cut or shorten this time out of the students’ week, especially since it has been a tradition for the past year and a half.

“I like it a lot,” said freshman Lillian Baty-Barr. “It gives kids a chance to relax the night before and not have to stress about getting homework done because you have an hour the next day to get it done. It lets you get extra sleep at night. Along with late start in the morning.”

The administrators at BHS have severely jumped to the conclusion that the majority of the students at this high school are failing to use their time wisely, but according to Baty-Barr, the administrators are incorrect.

Unfortunately, only 30 percent of the students at this high school check in during Bulldog Hour using the QR code. The other 70 percent of students that don’t check in, is what worries the administrators. Many students have trouble remembering to sign in and some of the evidence can be inaccurate. Also, a few QR scanners are faulty and do not let students sign in. On the other hand, no matter the problematic issues that are sometimes caused because of this “hour”, it is a very beneficial resource at BHS.

“It’s great because it gives kids something to look forward to; to get help with their classes and relax for awhile,” said sophomore Sam Branson.

Again, this student voiced his opinion very similarly to Baty-Barr. Both students managed to explain how they use their time during Bulldog Hour and how this time affects their education. Agreeing with the two, another option that would be beneficial to us would be to have a use of this time more than once a week. A reasonable request would be two times a week. This would give us a great amount of time to be able to finish homework and visit certain teachers which could help relieve the stress levels of most teens.

Although, each student who replied to the survey given stated Bulldog Hour should follow the same pattern as last semester and the year before, it does not mean that there should not be some sort of change.

“It splits up the day and it gave me a chance to do homework or go to a teacher for help,” said senior Megan Mcgee.

This simply shows how helpful this time is for some students like the ones mentioned above. It is a blessing for us students to be able to have a time like this and most of us find it very useful.

Since second semester has started, the school administrators have made a decision to try to change Bulldog Hour. They would like to change Bulldog Hour because they believe that the students have been taking advantage of this time by fooling around and using the time to only hang out with friends. Bulldog Hour is a time for students to get help from teachers if they are struggling in a class. The administrators think that the students aren’t choosing to use this time wisely, because they seem to be sitting around and only hanging out with friends as if it were a social hour, but that is inaccurate.

A majority of the students here at Batavia use this time to go to their teachers for help in the class they aren’t quite understanding or to seek extra clarification on an assignment . Other students also love to take this time to relax and have time between classes to take a break.

“(I liked Bulldog Hour) because it worked out well,” said freshman Lily Baty-Barr. “It was a good break between the day.”

The administrators have jumped to the conclusion that since some students take this time to relax, they are actually taking this time to fool around and hang out with friends.

Students also take this time to do homework and/or study for their next classes and tests.

“I like it a lot,” Baty-Barr said. “It gives kids a chance to relax the night before and not have to stress about getting homework done because you have an hour the next day to get it done. It lets you get extra sleep at night. Along with late start in the morning.”

Bulldog Hour is a whole hour to be able to finish your homework so you don’t have to stress to get it all done the night before.

The students here have had Bulldog Hour for two years now and if it was changed or totally taken away, it would be a lot of change that the students, the majority of teachers, and some administrators would not feel comfortable with.

“It’s a tradition kids here are used to,” said junior Jennifer Sykstus. “It would be a shame if they changed it. A lot of students would be bummed.”

Almost all the students at Batavia High School would be upset and bummed if Bulldog Hour would be taken away or changed.

Bulldog Hour is something all students here at Batavia look forward to and love. It brings so many benefits for all the students whether it’s getting help in the class or on an assignment, to relax and let your brain rest for a little while, or if it’s to study for class or an upcoming test, and so many more. If Bulldog Hour were to be changed or taken away completely, we would all be devastated.