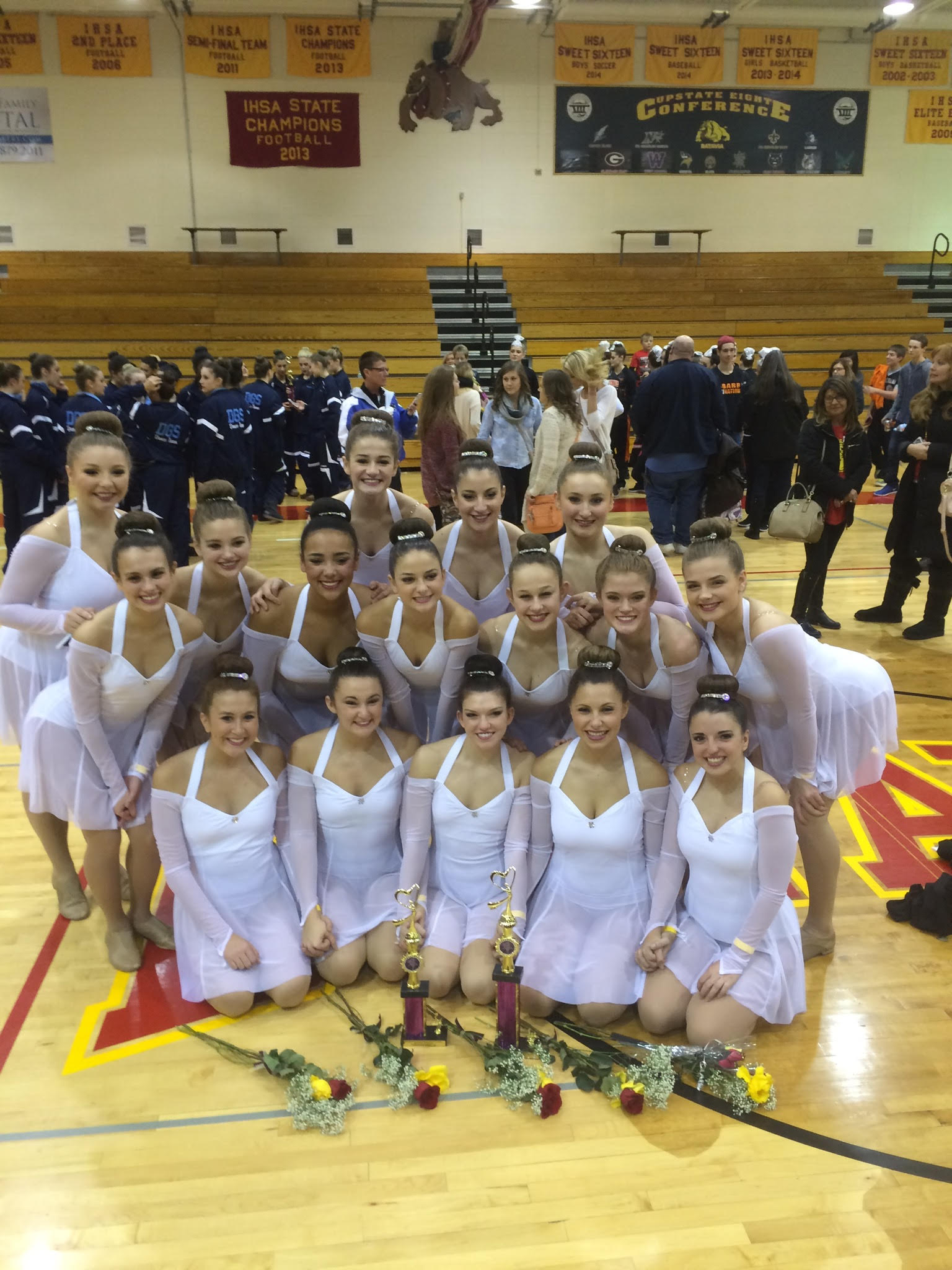 This past weekend Batavia High School’s varsity dance team brought home 12th at the IHSA competition that took place at the U.S. Cellular Coliseum in Bloomington, Ill. on Fri., Jan. 29.

The girls went against 30 different teams in their 2A division. They were scored based off of their technique, unity and emotions. Only the top ten scores go to finals the next day. Batavia (83.88 points) was only 1.8 points behind Deerfield (85.72 points) who took tenth to qualify for the second day.

“IHSA puts a lot of different types of dances together,” said varsity coach Angela Fuqua. “Hip hop, jazz and more so it’s a lot different. You don’t know what you’re up against”

Now that state is over the girls dance weekly at the high school’s basketball games. Their practice schedule has moved down from four or five days a week to only about two.

Last year the girls did not attend the IHSA state competition. Instead, they qualified for Nationals in Orlando, Fla. The year before, the team placed 13th in the state of Illinois.

“I think the highlights for this team is how motivated they are every day,” Fuqua said. “They come in excited every day. They want extra practices. They are very hungry and want to do well, not just for competitions even games. They wanted to do well for every aspect. They definitely know that they are one of the top teams in the state.”