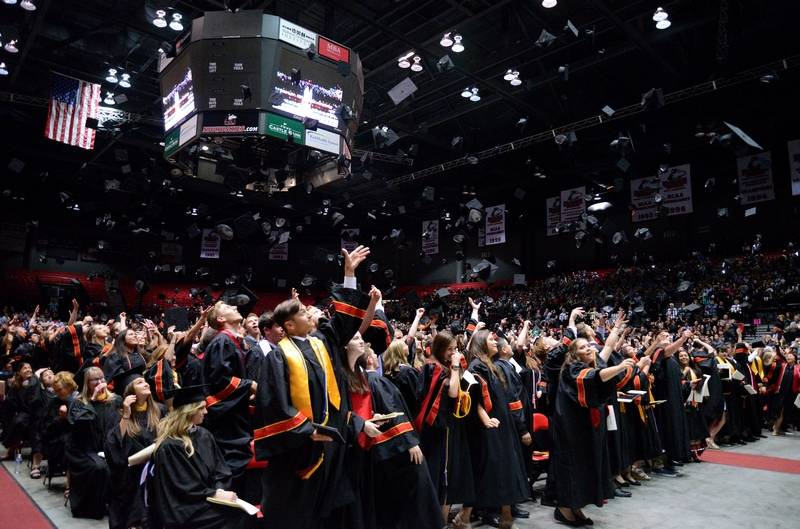 The seniors at Batavia High school have just weeks before graduation. They are trying to live up these last months they have with their childhood friends in the best ways possible.

Seniors, weather they have been at Batavia since kindergarten or if they are just now coming into Batavia schools,  are still a bulldog. Batavia’s seniors have been through a lot together. A bunch of them have also been together and friends since day one.

When the class of 2016 were sophomores, the football team won state. This year, the girls cross country team won state. The school also suffered loss of students, whether they moved away or passed away, Batavia is still losing a Bulldog.

“I joined Batavia’s winter guard as an eighth grader and made the decision to continue as a freshman,” said sophomore Laney Wangler. “I don’t regret a single thing about joining. I made lifelong friendships and incredible memories that I won’t soon forget.”

It’s just a part of life to make mistakes. It’s up to them to learn from it or not. From grade school through middle school to high school, everyone encounters people and teachers they don’t like, but in reality, if it wasn’t for them, there would be no graduation, no grades, and no future for anyone.

“It was easily the best decision I made while being in high school,” said Natalie Hong, a Batavia senior who joined colorguard her freshman year. “There were some things I wish I didn’t do, but joining the guard and continuing to push through it for all four years made my high school experience a ⅘”

The seniors will walk across that stage in just a few short months, and think about all that has been accomplished. It is up to them if they want to throw out the memories they made, keep the friends they made, and go off and do their own thing in college. The roads are endless. Their lives are just beginning. While the first 18 years of their lives were long, just wait and look forward to the next 60.