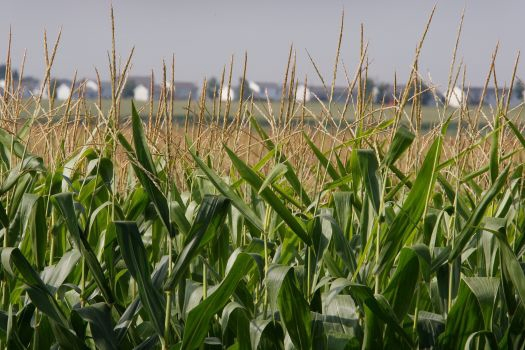 If you are born and raised in Illinois I’m sure there are a few things you have recognized that set you apart from the rest of America. Especially since everywhere you go after growing up here just seems like they’re trying to poision you with their cat-litter-like food. Here are ten things that only people from Illinois will understand.

1. Driving in all weather conditions

People from Chicago are already known for being the toughest and fastest drivers, as if the speed limits are just a suggestion. But drivers from Florida would do that too on the dry road if they only knew what it was like driving in a blizzard during winter. Sleet? Snow? Hail? Doesn’t matter! Growing up with all four seasons and a bitter cold winter has really taught us how to handle all road conditions.

2. Having the best food ever

If you’re from Illinois and you’re coming home from a long vacation, you know exactly where your first stop is going to be: Portillo’s! Chicago food is the best food you can get. From the hotdogs and pizza to Italian beefs, Chicago has you and your stomachs back! Ketchup on your hotdog? Gross! You can almost pick out an outsider as soon as they reach for the ketchup.

3. Being used to cold weather

You don’t get cold at 30 degrees, or even 20 degrees. If it is above freezing on a January day, you most definitely will see someone from Illinois walking around without a coat on. Plus no one knows the cold like we do. Complaining about the cold isn’t just small talk here. It’s a passion. And everyone from Illinois will insist they, and only they, know what true cold weather is.

4. Swimming in the not salt water of Lake Michigan

What better way to spend a summer day than taking the train to North Avenue Beach in the city? The water in Lake Michigan will never get warm up here, but hey, we still love spending our summer days in it with our closests friends. Because after all, who can take the freezing cold better than someone from Illinois?

5. Being used to being surrounded by different nationalities

Being born and raised near the city gives you a great outlook of different nationalities that are living in our country. You can even go to the city just to check out its own separate “China Town.” The city of Chicago is full of different neighborhoods based off of just the race or religion that is living in it.

Having to tell everyone that you meet from another state that you’re from Chicago because no one will even have an idea where your actual town is located. “I’m from Batavia.” – “ Wait where?”

The Chicago accent has been well exaggerated, especially when it comes from our “A’s”.  Everyone from Illinois is just one of the guys. You won’t hear someone say “ya’ll in Illinois.” Instead everyone, regardless of gender, is referred to as “you guys.”

8. Having the best sports teams

We take pride and joy of our fabulous hockey team here, and even our football team when they’re not doing so hot! If you live in Illinois you’re required to chose a baseball team between the Cubs and the White Sox. Dating back to the 1900s, this rivalry runs deep and fierce. Though the pressure to choose is most prevalent in Chicago, it’s felt statewide except if you’re from southern Illinois, which is really just another part of Missouri considering that they are all just Cardinals fans!

Knee high by the Fourth of July! Illinois is known for their fabulous sweet corn, and what better way to remember it than a cute little rhyme? Independence Day is the day we check the corn to see how tall it has grown.

10. Pronouncing the ‘S’ in Illinois drives you crazy

Pronouncing the ‘S’ is the worst crime an out of towner can commit. If you make a hiss at the end of Illinois, you’re saying it wrong. Incredibly and horribly wrong. Just go back home.