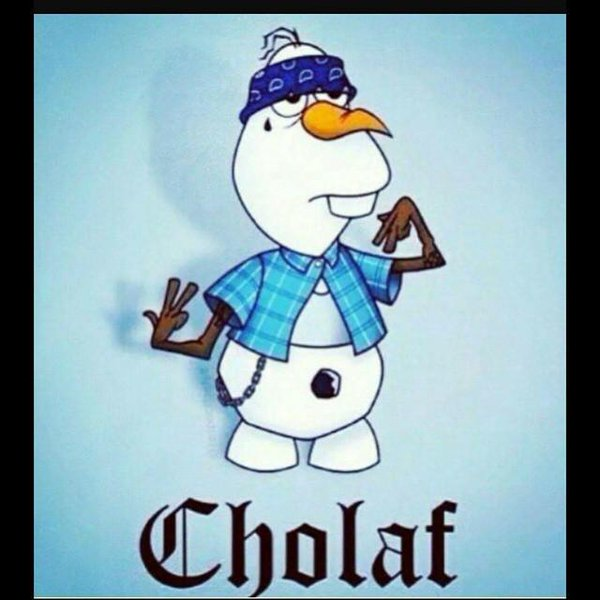 Frozen is trash; don’t even try to win this. Everyone is familiar with the somewhat recent film Frozen, which was directed by Jennifer Lee and Chris Buck, starring Kristen Bell, Idina Menzel, and Josh Gad. This Disney film was released Nov. 27, 2013, and I frankly don’t understand the rave.

I remember when it first came out and friends and family were all telling me that I had to see it, that it was a Disney masterpiece. So taking their advice I saw it in theaters three months later. I’m not going to lie I was disappointed. Even for a children’s movie, this doesn’t even beat Tangled. I felt like I was watching another Disney princess movie (which was true), but I expected it to be more. It was so predictable I almost fell asleep watching it.

My least favorite character in this movie by far was Olaf. Which happens to be everyone’s favorite character because they thought he was original or different, which is false. He is Aladdin‘s Abu, Rapunzel‘s chameleon, and Pocahontas’ pet raccoon Meeko.  Although he isn’t necessarily a pet, he does follow Anna around for the whole movie and befriends them. He is the definition of stupid.

“I love summer,” Olaf, the snowman, says at one point in the movie.

The only thing I liked about the movie is that Elsa was trying to get away from her needy sister. But yet again Anna had to ruin Elsa’s peace by trying to find her.

Overall, I wouldn’t recommend this movie to anyone over five years old. I don’t understand where all the popularity is coming from and why people like it so much, but the world is filled with many mysteries. I give it 1 star.