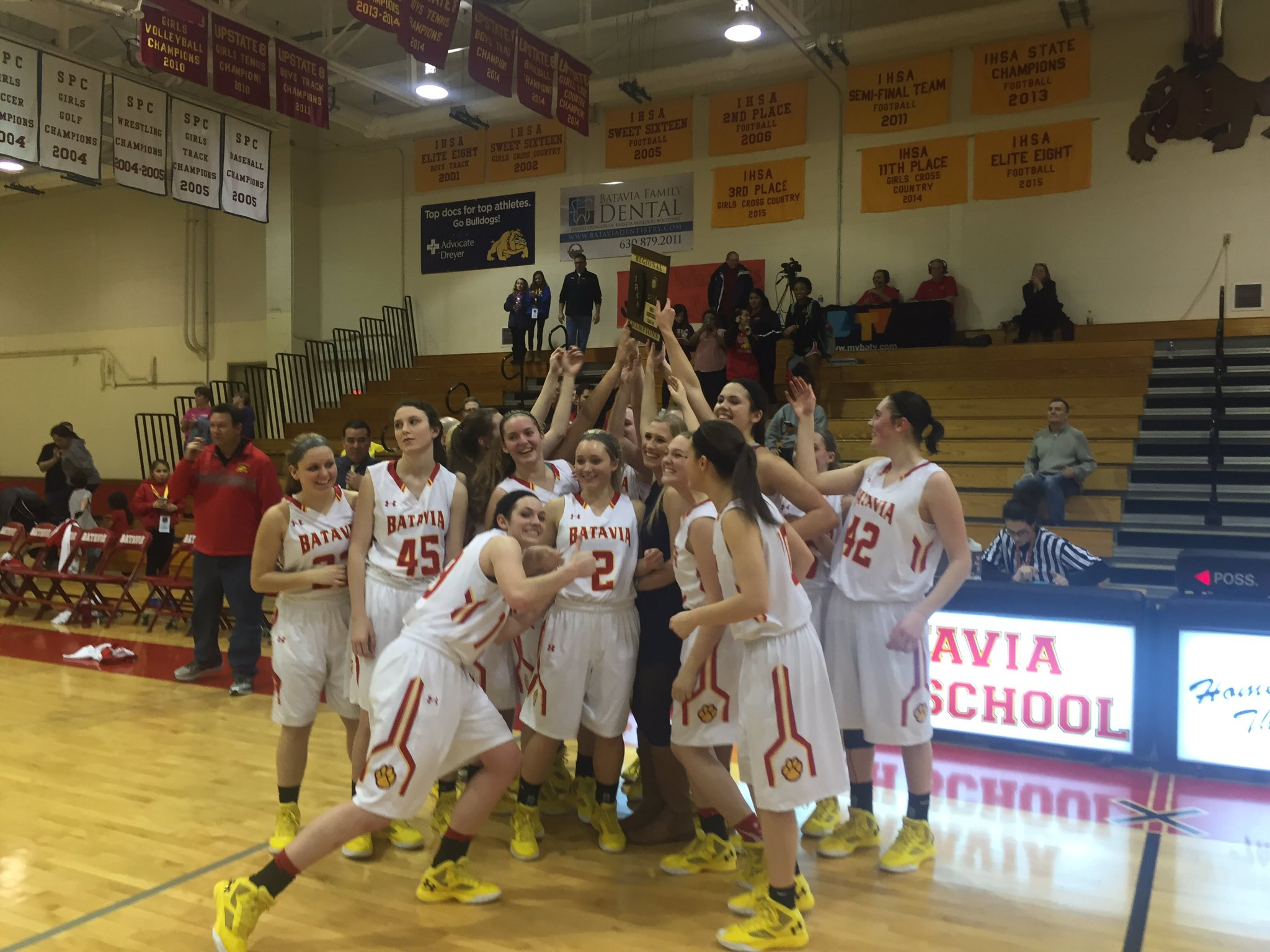 Standing on the sidelines, watching Hannah Frazier score over 2,000 points in the four years he’s had her as a player, BHS Varsity basketball coach, Kevin Jensen, has watched Frazier not only grow as an individual, but also with her team.

Although Frazier’s biggest personal accomplishment is being the school’s all-time leading scorer, she is most proud of her team winning a regional title this year, an example of her team-first attitude, according to Jensen.

“My team has taught me a lot about communicating well with others, because it’s not just an individual sport,” said BHS varsity basketball player, Hannah Frazier.

Frazier started out playing basketball an interesting way, it turns out that it wasn’t even her choice to start up the sport.

“When I was in fifth grade my mom forced me to go to a park district basketball summer camp,” Frazier said. “I was reluctant at first, but I ended up loving it!”

Although Frazier wasn’t expecting to start a basketball career, she ended up setting the school record by scoring over 2,000 points and signed to a letter of intent play for the St. Louis Billikens this year.

“It’s hard to not say scoring over 2,000 career points and recording over 1,000 career rebounds is her biggest accomplishment,” said varsity girls basketball coach Kevin Jensen. “Each of those on their own is very rare, but to do them together is even more so.  No one in Batavia has ever recorded that combination.  Even with that record, her growth as a leader and becoming an aggressive player will help her tremendously at St. Louis.”

Although Frazier has all these amazing accomplishments, she is a team player. When asking her who she is closest with on the team, she decided that she couldn’t just pick one person. During the season they do everything together. She described it as “being with your 16 best friends everyday.”

Jensen believes that when Frazier is on the court, she is extremely focused. He said that she worked very hard over the summer and she works even harder during practices. According to Jensen, her hard work has caused her to have an injury-free season and has made her very strong. He thinks that during her last season at Batavia High School, Frazier’s competitiveness came out more than ever.

According to Jensen, even though Frazier is a very competitive player, and practices as much as she can so she is able to improve and become the player she is, she cares greatly about her team.

“Hannah is great with her teammates,” Jensen said. “She is respectful of everyone’s position on the team. However, she also has the respect of others to put herself in a position to be vocal about her expectations.”

Bethany Orman, one of Frazier’s varsity teammates, also believes that Frazier is very respectful of the team. She said that Frazier is one of the most sweet and kindhearted girl she’s ever met. She thinks of Frazier as being humble and a very hardworker.

The Batavia High School girls’ varsity basketball team is made up of different players every year. Although it is different every year, according to Orman, the team is always very close.

“Every year, the team dynamic has been different,” Orman said. “Not in a bad way, just a different group of girls every year. This year was extremely special though because we were all best friends and my senior year was by far my favorite team to play with.”

According to Jensen, Frazier and Orman, the team is very hardworking. They stay after school everyday during the season and practice until they are drenched in sweat. With all this practice, Frazier was able to grow as a player.

“Hannah’s best feature is that she is still growing as a basketball player,” Jensen said. “She has great ability to score, shoot and rebound.  However, the fact that her game will continue to develop is a great feature as she moves to the next level.”

“I used to play volleyball,” Frazier said. “But I gave it up because nothing could compare to basketball, it will always be my favorite sport.”