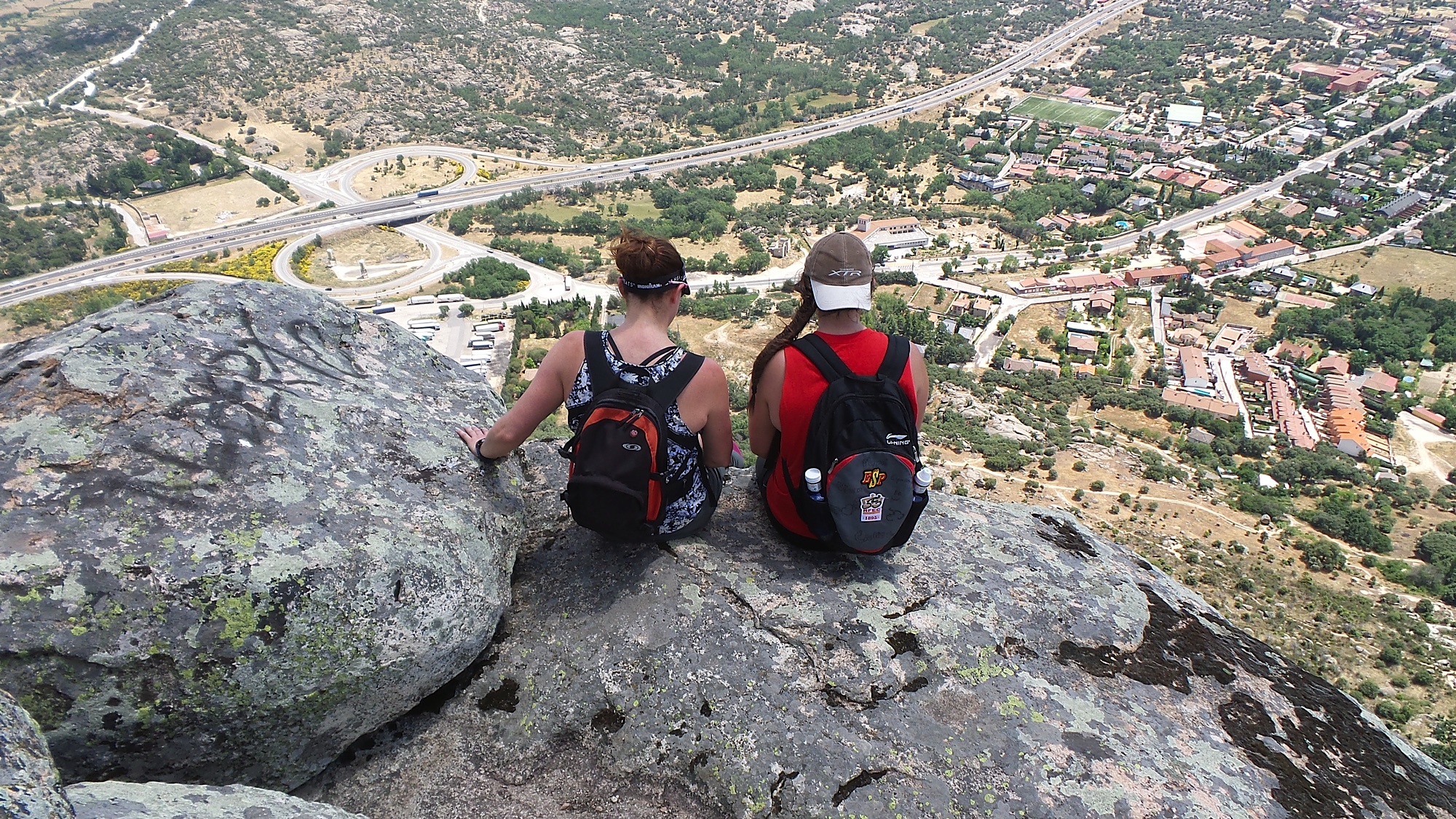 As the sun rises above the rocky slopes of the Sierra de la Cabrera mountain range, just 40 miles outside of Madrid, Spain, its civilians wake to a beautiful, blue sky. This town is home to less than 3,000 people who spend their days walking in and out of town, talking, and hiking the indigenous land.

In a town this size, everyone is like family, and during her junior year at Batavia High School, Riley Davis became their newest member. For 10 months, Davis was a foreign exchange student halfway across the world and away from everything she’s ever known.

“I wanted to see different viewpoints of the world outside of Batavia,” Davis said of her initial desire to be an exchange student. “I also wanted to learn to live without the people, language, and surroundings I grew up with.”

Davis has always had the drive to travel, but knew that a week vacation in a hotel wouldn’t be fulfilling enough. For her, being completely indulged in the culture of the land and speaking the native language was the best way to truly experience everything. Her decision to go to Spain over other European countries was sparked by her prior knowledge and interest in the Spanish culture and language itself.

Being a foreign exchange student, Davis explains, (through an organization called AFS, or American Field Organization) opened her eyes and mind to so much of the world around her. The entire process of getting ready to take off took about a year. After getting a visa and filling out application paperwork came the most important part – choosing a family for her to spend nearly a year of her life with. During orientation, Riley met with other foreign exchange students from all over the world. Not only was she able to form relationships with people from Spain, but students all across the globe such as Sweden, Norway, Japan, Switzerland, Turkey, Thailand, Finland, Italy, Poland, and Canada.

After everything was filled out and stamped off, Davis took an eight-hour flight across the Atlantic Ocean and into a new life. Throughout a 10-month period, Davis lived with two different host families. She was able to learn a lot from each, however, formed a closer relationship with the second, whom she keeps in touch with today.

“From the first night, we could see a special bond between her and her younger (host) brother,” said Darrell Davis, Riley’s dad. “She became very close to this family and we never had a concern sharing her with them.”

Every day was a new adventure discovering the land and its eternity. Downtown Madrid was exciting, however, hiking the mountains of La Cabrera was Davis’ favorite part. Along with hiking, Davis loved the people in general. She says the people of Spain are some of the most genuine, easy-going and kind-hearted people she has ever met.

The food was also a very special part of learning about the culture. Arrangements of jamon, or ham, tortillas, fish, and gazpacho filled the table as the clock struck 10 pm each night. 5,000 miles away, while her family was getting ready for bed, her host family was setting the table for dinner. In Spain, school is also run very differently than in the United States. For one thing, it is optional after the age of 16, and school starts around 8:30 am.

Although Davis enjoyed the change in scenery and perspective of being in Spain, it was difficult to change her entire lifestyle. The biggest challenges she faced were missing friends and family, the language barrier, and overall a slight fear of leaving everything behind her.

“Spain expanded my intellectual curiosity. In my future, I want a career that involves traveling where I am able to immerse myself into other cultures,” said Davis.

After returning, her family and close friends have all agreed she has really grown in the best and most beautiful ways. She laughs now because after being home for a while she says, “before I knew it, I was talking on the phone with my parents in the wrong language!” Her sister, Avery Davis, adds that Riley’s experience as a foreign exchange student has strengthened their relationship. After that kind of time apart, their time spent together is valued much greater.

Even with prior education in the language, Davis struggled with communication for the first three or so months. Stepping out the front door in the morning can be a marathon if you’re unable to hold a conversation. However, with hands-on practice daily, she was able to leave Spain as a fluent Spanish speaker. Davis was even able to teach the children from her town in Spain, English during her stay. By the time her trip was over, Davis had a second family and the experience of a lifetime.When one of her friends, Hannah Slater, mentioned how she had missed junior prom and other important events of the school year when she returned, Davis’ response was simple:

“I didn’t miss anything.”