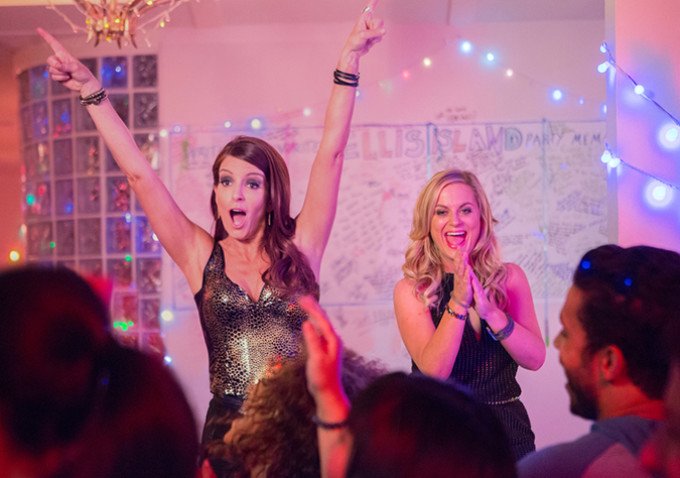 Tina Fey and Amy Poehler let their freak side show in the comedy Sisters. This Jason Moore film is full of laughs and punch lines. Sisters is bound to leave the crowd dying of laughter with the Poehler and Fey comic pair last seen together in Baby Mama (2008).

The main characters, Fey and Poehler, play sisters whose personalities are just the complete opposite, yet that doesn’t prevent them from being extremely close. Kat (Fey), the older rebellious sister without a care in the world, can barely hold down a job or even a home for her and her teenage daughter Haley (Madison Davenport). Haley, so fed up with her mother’s immaturity, runs away to secretly live with her Aunt Maura. Maura (Poehler) plays a straightforward nurse, who is divorced and lonely.

When their parents place the family home on the market, Kate and Maura immediately fly to Florida to try and change their minds. They find out their house has already been bought from a “sold” sign in the front yard. The house is freshly swept and empty expect from their cluttered old bedroom, which they have been told must be cleaned out by this weekend.

As the sisters go to their old childhood bedroom to pack up their high school treasures, they begin dressing up in their old 80’s clothes and dancing around, while even jumping on their beds. Goofing around with their hilarious opposite personalities the girls stumble across their old high school diaries.

Riffling through their old hand written diaries the sisters begin to discover that they had two completely different experiences. In an act to re-live these high school experiences the sisters plan a party at their suburban bi-level, which they called ‘Ellis-Island”. A party with all their old former classmates and friends.

At the party Maura and Kate plan to switch roles for the night. Kate, the usual party goer, agrees to stay sober and look out for everyone as the “party mom” while Maura can get drunk, party and seduce their new single neighbor James (Ike Barinholtz). Which Kate doesn’t do a very good job being, clearly because her teenage daughter even fled her. So with Kate in charge things soon get out of control, creating a sinkhole in their backyard, leaving the house in pieces.

When the Fey and Poehler sister pair are together they act as if they never left high school. Their humor and connection together seems as if they were roommates for the last 20 years after they graduated.

The film directed by Jason Moore is beyond silly that you can’t help but laugh your socks off, an all around comic. A perfect movie to go to with your sister or even girlfriends to revisit some childhood memories. Sisters is a well $7 spent.