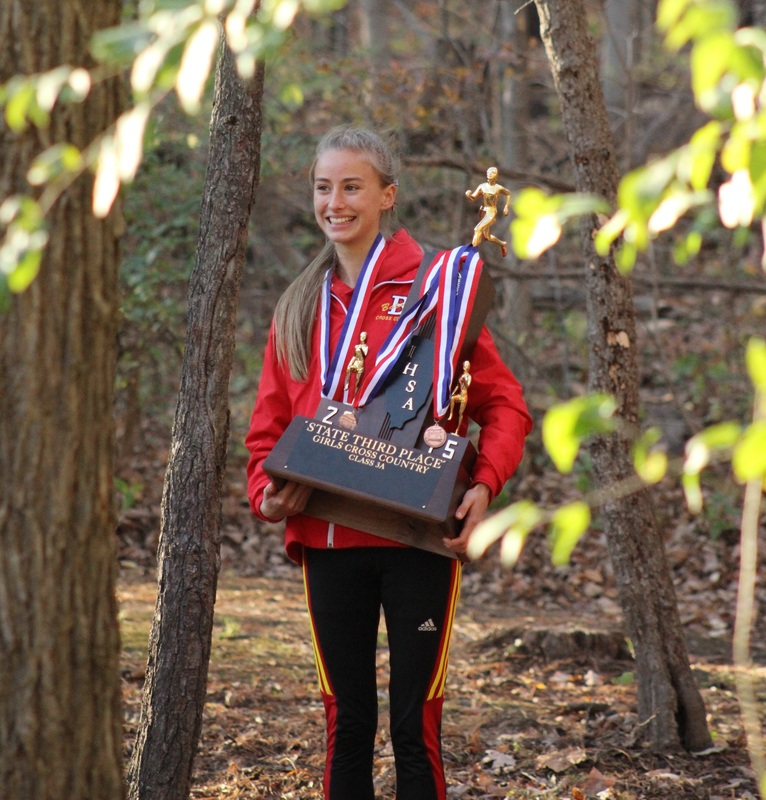 Anna Malay is the Batavia girls cross country team’s number five runner, but Anna Malay does not even condition for half of the year.

Anna Malay started her freshman cross country career in 2014 summer camp. She was running with her friends like most others on the team. However, they always kind of knew she wasn’t running to her full potential. I remember running with her in the summer a four mile long run in around thirty-five minutes, as the varsity runners rushed past us running seven miles doing an eight minute mile pace. I never thought Malay would soon be in that group running with them.

In the first real race of the season for 2014 cross country, the team expected her to be in front of her usual running group, but they soon learned they underestimated her.

“I didn’t really see her during the race at all because I was like way behind her,” said Emily Johnson, a cross country runner who ran with Anna Malay during the summer of their freshman year.

“I think she surprised even herself!” said girls’ cross country coach Samantha Miller.

After that Anna Malay continued to improve rapidly, according to Miller.

“It was exciting to see her week-by-week test her limits and find that she had more in her,” Miller said.

What Anna Malay did freshman year was incredible but after she skipped winter running and track her teammates were worried that she wouldn’t be able to perform at the same level she did before. However, she continued to train with varsity and race with them maintaining the number five runner on Batavia’s girl country team. She even dropped 30 seconds off of her personal record running at state, helping the team place third in state in 2015.

Some think that dancing helps her stay in shape.

“She is a dancer and that takes a lot of exercise and cross training is very good,” said varsity runner Daphne Kolody.

Others think it’s just a nice refresher from running all the time.

“Her break helps her mentally refresh and come back ready to go for the next cross season,” Johnson said. “Also she gives her body time to get better from the injuries she gets during season which probably makes her feel more refreshed and pumped for running!”

Most of the runners think she should try running track anyways though just to see what happens.

“She currently does a nice job running in our summer camp to get into shape for fall cross country season,” Miller said. “Regarding track and getting faster – it’s hard to say. I guess she won’t know until she tries it.”

How she does it is a mystery to all runners. What runners do know is that Anna Malay is an inspiration to the cross country team and ultimately a great teammate. However, her teammates agree that , as Miller says, “I think she surprised even herself!”