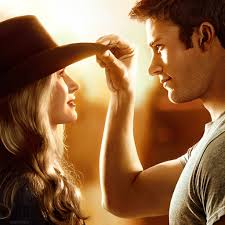 The Longest Ride is an amazing movie with two love stories combined into one. The first love story starts off with Luke Collins (Scott Eastwood) and Sophia Danko (Britt Robertson). Luke is a professional bull rider who gets severely injured one night performing on one of the most dangerous bulls of all. Due to his injury he has to be  more careful when bull riding or he could have a deadly ending.

Sophia is a college student whose dream is to own an art gallery. One day Sophia crosses paths with Luke when she goes to a bull show not knowing she would meet the love of her life.  They start to talk, which leads to hanging out and next thing you know they become a couple. One night Luke took Sophia out on an amazing date but on their way back they see an old man who got into a car crash. With the help of Sophia and Luke they were able to save this old man’s life and his memories. Every chance Sophia had she’d be there at the hospital with him to see how he’d be doing.

Yet they still end up working things out. If you want to know the ending then go watch the movie to find out. This is a wonderful movie, it shows you that no matter what you should always follow your dreams and not let the hard times stop you. It also shows that love will always live on even when we are not alive. The longest ride is one of the movies I could watch over and over again. I love how it’s a love story mixed in with a little bit of comedy. Also when i was watching this movie I couldn’t decide if i should cry, laugh or smile because there was so many mixed emotions into it. So if you love chick flicks and want to know the ending to this movie go check it out.