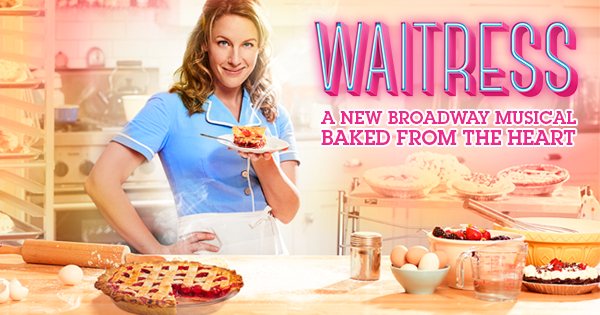 Ever since Broadway musicals took off in the early 1900s tickets have been highly sought after. There’s something special about dressing up, heading to the town, being seated in big plush chairs, and entertained with the best talent money can buy. Since then iconic shows have been produced and struck the nation with a variety of sounds and stories. But what shows this season are must-sees? What’s hot and what’s not? Here’s our list of the top three Broadway Musicals of the season.

Rated 5 stars by Chicago Broadway, this exciting adventure takes a modern spin on a timeless story. We all know about the story of Aladdin, a poor man who find a lamp that turns out to be more than he expected. Based off the book by Chad Beguelin and the music and lyrics by infamous Howard Ashman, Alan Menken, and Tim Rice this show-stopper of a musical will dazzle you with thrilling and magical performances.

The Tony Winning Broadway Musical Waitress has stunned the nation with its breathtaking love story. Jessica Mueller plays an expert pie maker in an abusive marriage looking for a happy ending for her and her soon-to-be-child. She goes to a town for a pie-making contest looking for something new when she finds unexpected love. Nominated best musical of 2015 by the Tony Awards, the show is good for anyone looking for an exciting story of love and entertainment.

Finally topping the list is the well-known Hamilton. At the top for Broadway in Chicago, New York City Theater, and many others, this show has taken people all over the nation by the heart. The story follows young Alexander Hamilton as he comes from the Indies and helps shape the world we live in today. Winner of best Musical of 2016, Lin-Manuel-Miranda wrote the musical as a mix of hip-hop, rap, and a thrilling love story. It has gotten amazing reviews from almost, if not, all major sites and newspapers. If you are a lover of any type of music, this show is a must-see, and although expensive is worth it for its show stopping display of humor, excitement, war, and our country’s past.